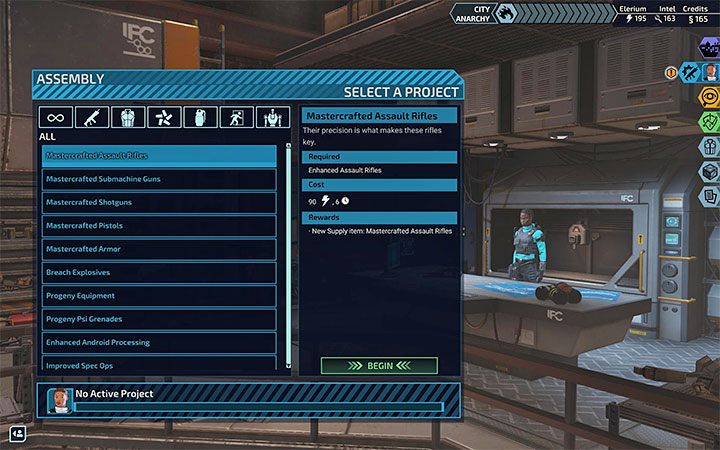 Weapons in XCOM Chimera Squad can be improved in two main ways. The first way is to upgrade the weapon with new technologies developed in the Assembly tab. The picture above shows an example of this type of project. Projects require a specific amount of Elerium. You will also have to wait a few days. 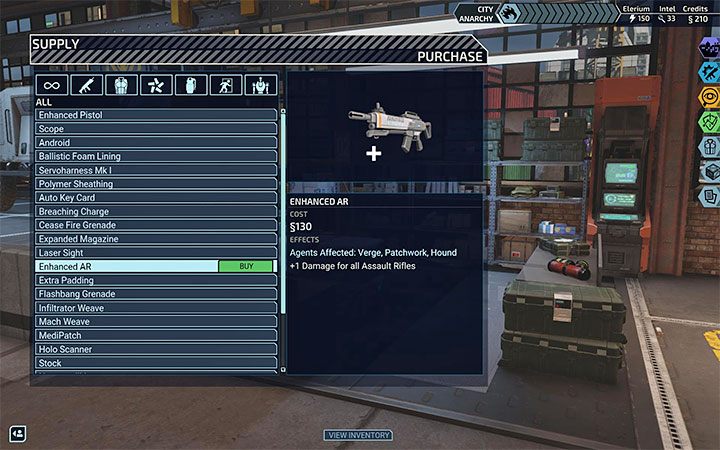 Pistols, assault rifles, shotguns, and SMGs are upgraded separately. At the end of each research project, you must go to the Supply tab and purchase the upgrade with credits. It will automatically improve the statistics of all weapons of a given type (e.g. all assault rifles). 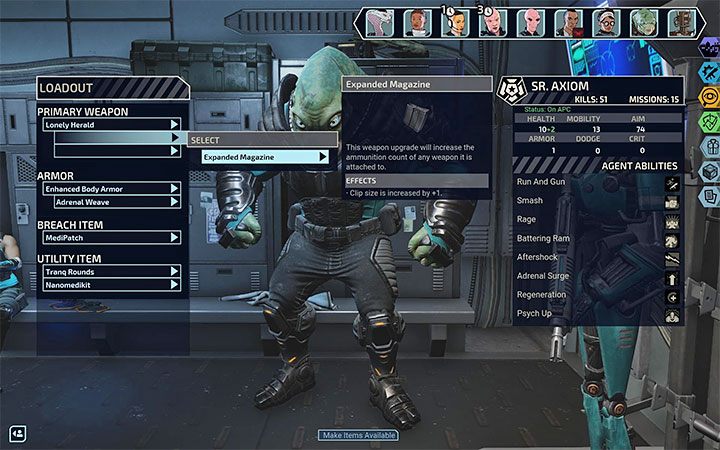 The second way is to upgrade the weapon by installing Weapon Mods. New weapon upgrades can be purchased in the Supply and Scavenger (market) tabs, as well as by completing missions and situations on City 31's map.

Weapon modifications aren't installed permanently. You can remove an upgrade from the active slot at any time and replace it with a different one or give it to another agent. 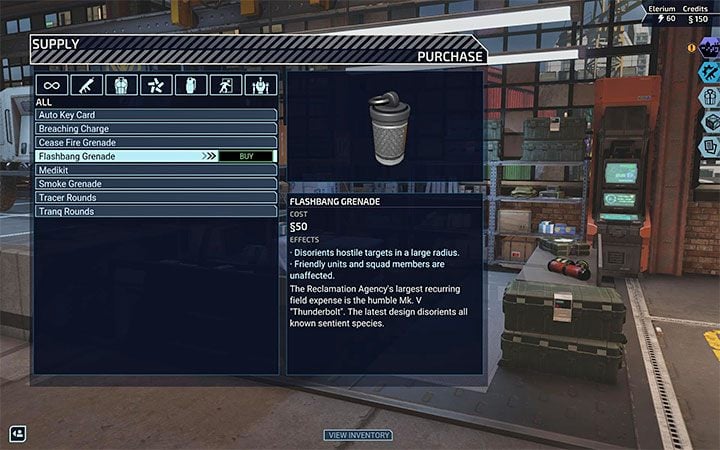 None of the agents are armed with grenades at the beginning of the game. You have to equip them yourself. You can buy these items primarily from the Supply tab in the command center. Unfortunately, when you start the game, you will have access only to less useful types of grenades: 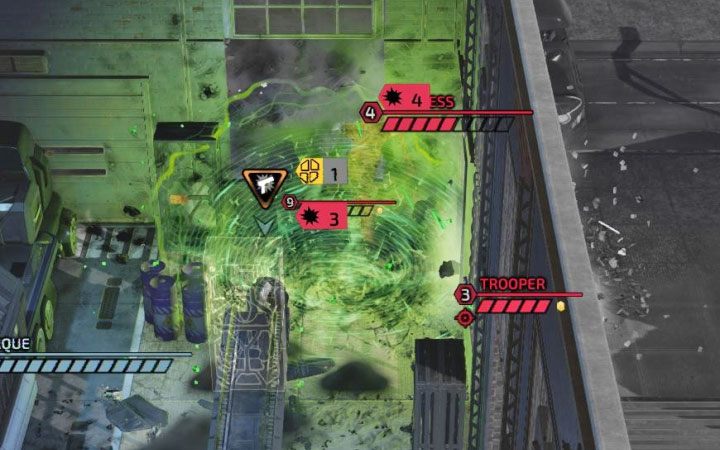 New grenades can be obtained in two ways: 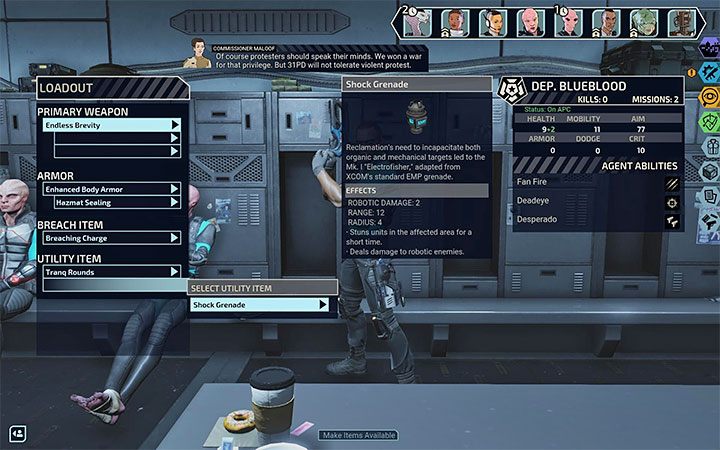 You have to put each grenade in the agent's inventory - you place them in the Utility Item slot.

Grenades don't disappear from your inventory upon use, although agents can only use a grenade once during a single battle. 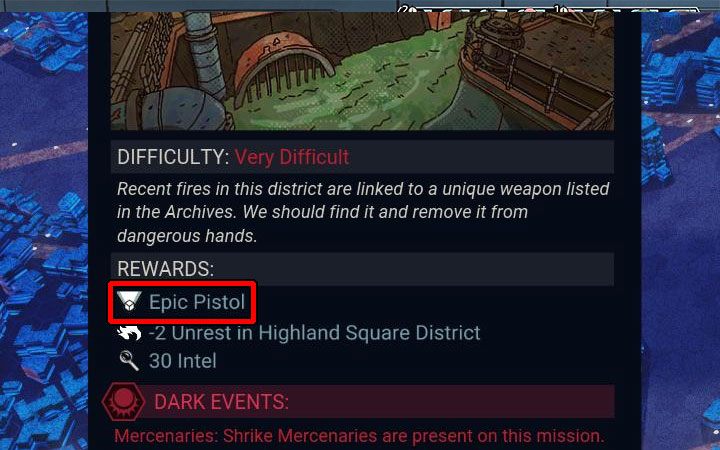 Epic Weapons are special variations of the main weapons available from the very beginning of the game. Each epic weapon can add 1 new skill to the hero's action bar, which can be used during battle. This may be, for example, the ability to run after shooting or dealing additional damage from lightning.

There are two main ways to acquire epic weapons. The first method is to join missions in which epic weapons appear. You can read this information in the mission description. In the image above, the mission offers the chance to get an epic pistol. 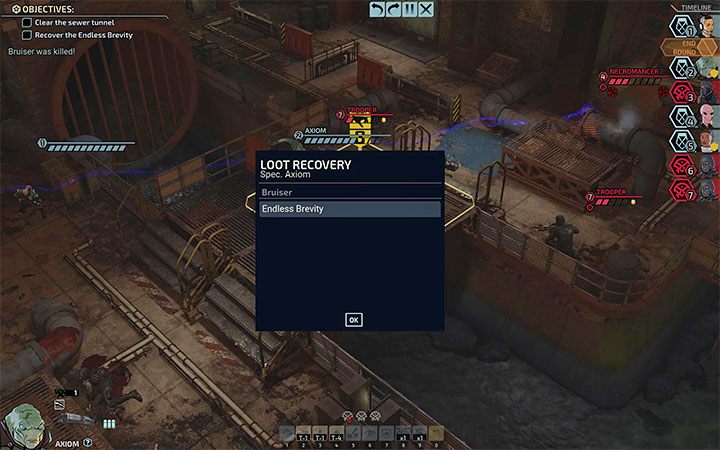 Epic weapons aren't received automatically as rewards for completing a mission. You must kill an opponent who uses such a weapon and then send any agent to the yellow box where it has been dropped. You will receive confirmation that the epic weapon has been taken. 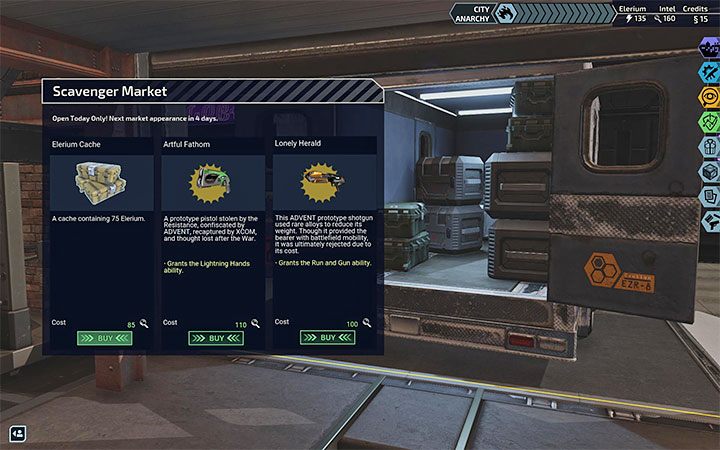 The second method of acquiring epic weapons is to buy them at the Scavenger Market. They will start to appear later in the campaign. However, these weapons are expensive. Each will cost over 100 Intel points. 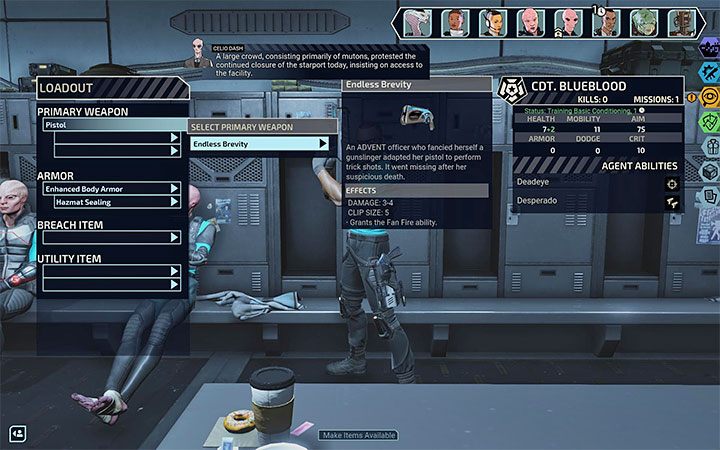 Each epic weapon must be placed in the inventory of an agent of your choice - an old weapon is replaced with a new one. It must also be a character who specializes in the particular type of weapon. For example, you can't give an epic pistol to an agent who uses shotguns.