This page of the XCOM Chimera Squad game guide page has a number of useful starting tips for turn-based skirmishes. We've prepared a variety of tips to help you avoid serious fighting mistakes.

complete basic information about the turn-based clash system in the game can be found in a separate turn-based combat section. 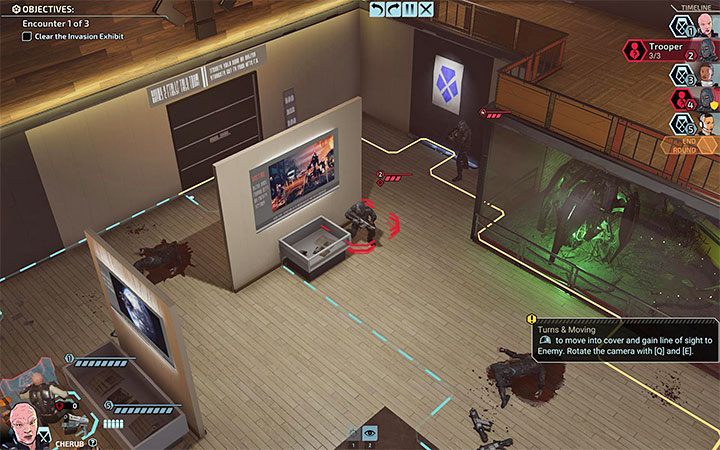 The timeline is visible in the top right corner of the screen and is not merely cosmetic, as it allows you to find out in what order the characters will perform their movements. This applies not only to team members, but also to opponents.

It is worth clicking on the top opponent icons on the timeline, i.e. those who are scheduled to take their turns in the nearest future. Once you know where these enemies are, you can use your own agents to attack them. It is best to aim to kill the opponent who is about to make a move, or at least to stun him so that his "turn"is lost. 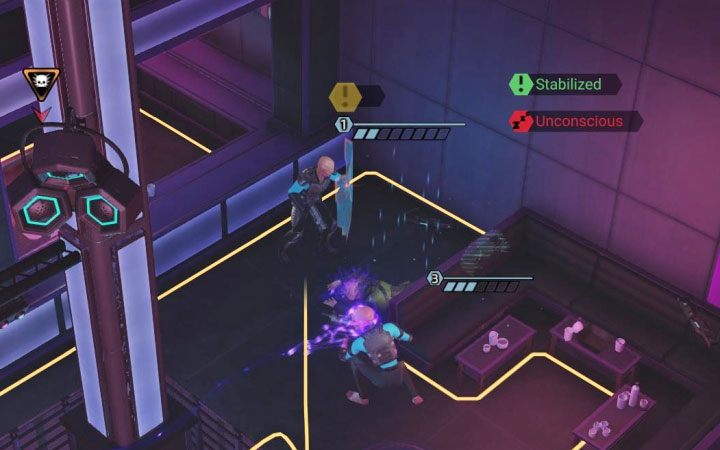 This involves situations in which a given team member loses all health points and starts bleeding out (negative status Bleeding Out). You can't leave a dying agent unattended, because after a certain number of rounds he will die and you'll fail the mission. This is because XCOM Chimera Squad, unlike its predecessors, does not allow anyone from the team to "ultimately" die.

Deploy one of the other team members to the rescue mission and perform stabilize action on a dying character. If it's still very dangerous in the area, use gadgets or skills that can blind, stun or otherwise paralyze nearby opponents. This will reduce the risk that another team member will suffer a similar injury. 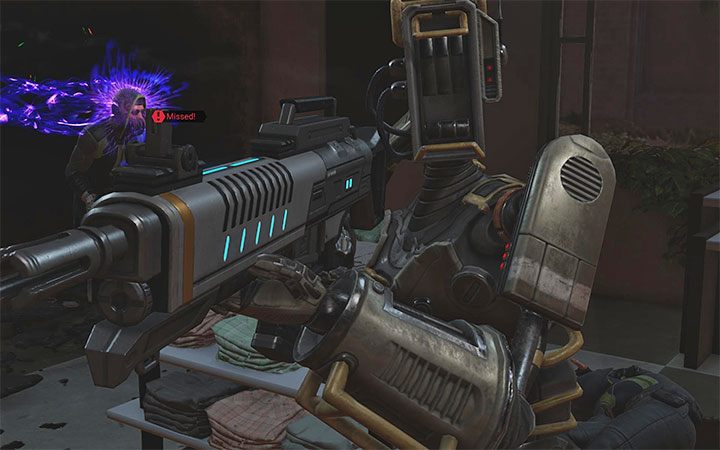 The Android option is unlocked at a very early stage of the game. You need to develop one of the first research projects in the assembly window in the command center - Android Personnel. From that point on, you'll be able to take the Android on a mission. They play a very important role - if one of your team members falls, then in the next rounds of the same mission he or she can be replaced by the android (the restored agent will, unfortunately, remain unconscious until the end of the mission).

You will get the first Android for free when you acquire this technology. You can buy more machines from the Supply menu. Do it also when an android falls on the battlefield. Unlike a living agent, an android will not be able to be "resurrected".

The game rewards stunning opponents rather than killing them 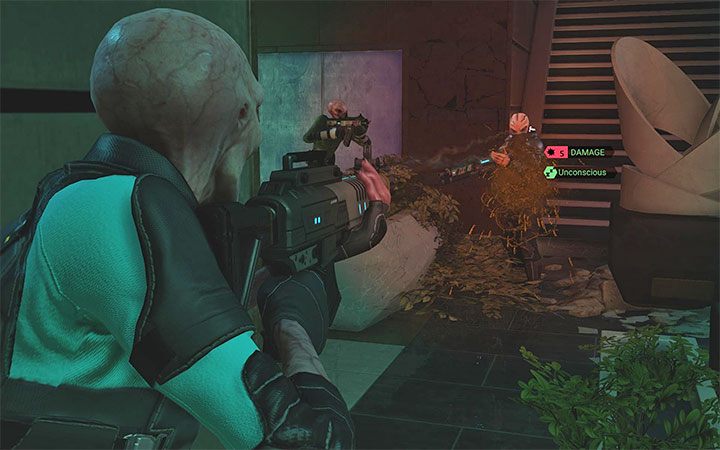 It should be noted that XCOM Chimera Squad does not penalize killing opponents - the exceptions are situations where keeping someone alive is related to one of the mission objectives. By deciding to capture someone alive, however, there is an opportunity to gain an additional reward. Stunning opponents instead of killing them increases the chances of receiving a reward in the form of intelligence. A package of resources can be obtained when the mission is completed.

You can knock opponents unconscious in many different ways. The two simplest methods are:

When using the Overwatch action, turn the triangle towards your opponents 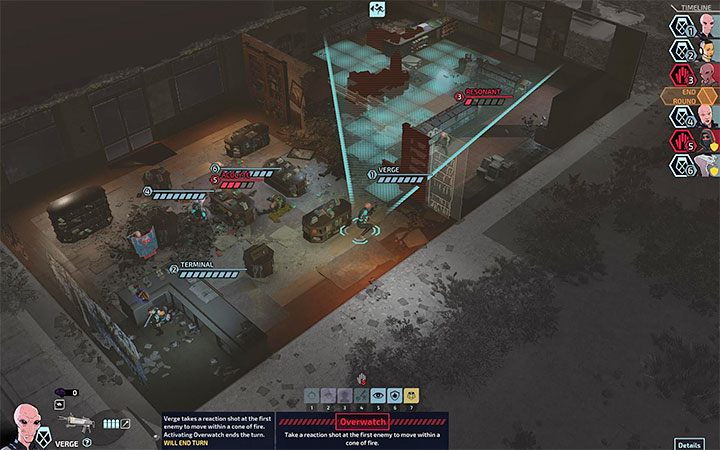 Overwatch mode (watch and react to opponents' actions) works in XCOM Chimera Squad in a slightly different way - you must turn the triangle to the area where you anticipate your opponents to appear. If enemies come from another side, Overwatch mode will not work as expected.

Overwatch works best if you have all your opponents in front of you, or if they have to use a single passage or corridor on their way to a particular team member. You can also turn the triangle toward the door, where reinforcements will soon arrive. The new enemies will, therefore, be fired upon as soon as they enter the fighting area.

Try to complete missions before the reinforcements arrive 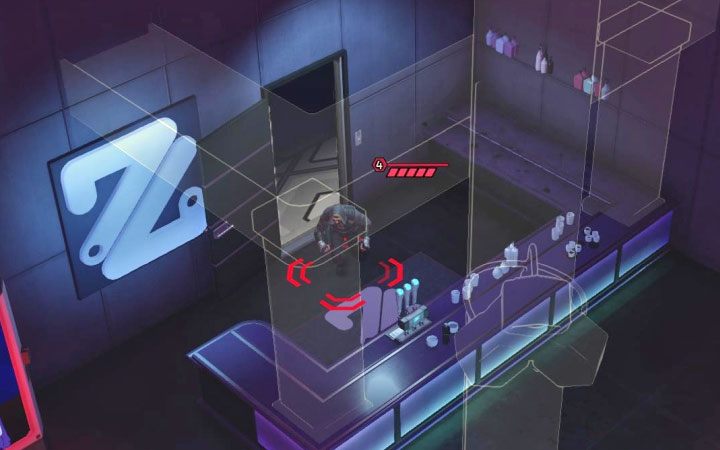 The arrival of enemy reinforcements is always an irritating event, as their arrival lengthens each battle and increases its difficulty level. In addition, new enemies are "connected" to the current timeline and can begin performing their moves without much delay.

The clashes, if possible, should be finished before reinforcements arrive. The game informs you about their planned arrival on the timeline, so you can find out when exactly they are bound to appear. Remember that you never have to kill 100% of the enemies on the map. Focus as much as possible on the mission objectives and on reaching the indicated evacuation points. If you see you're not going to make it, consider choosing Overwatch for your agents so they can attack new enemies as soon as they arrive.

Some skills can only be used a certain number of times 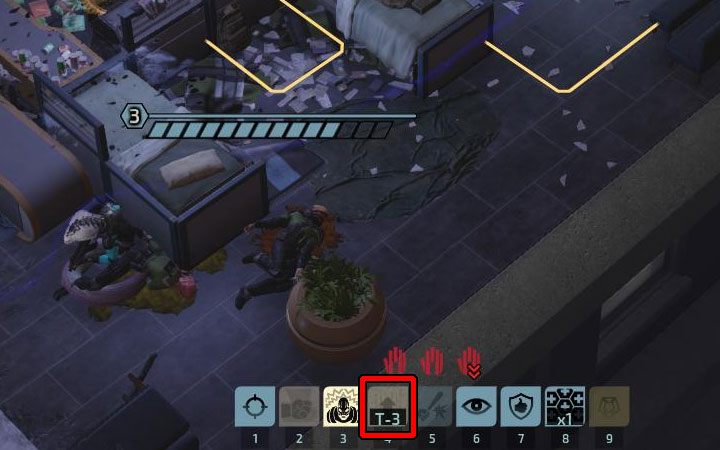 First of all, try to make a habit of carefully reading the description of each new skill - you can unlock further abilities by adding agents to the Chimera squad, leveling them up, and equipping them with new pieces of gear. There are many skills you can use every round, but there are also those that:

In the case of the latter group leave the most powerful skills for the last clash, which is the last battle of a given mission. There is a good chance that you will meet the toughest opponents in it and that your subordinates will be exhausted.

Additional note: you don't have to buy grenades or first aid kits at the command center every time you use them on a mission. The hero will begin each subsequent mission with a renewed supply of these items.

Use attacks and skills that don't end an agent's turn immediately 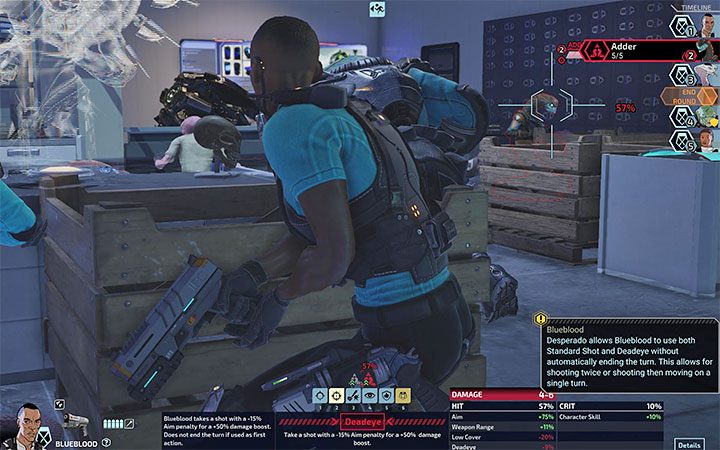 In most cases, shooting an opponent or using one of the agent's skills ends his or her turn, even if he or she had 2 Action points at the time of performing the attack. Fortunately, there are exceptions to this rule. Some characters have abilities that allow them to perform 2 offensive actions in the same turn. They can make it easier to weaken or attack opponents before their turn comes. Here are some examples of such combinations: 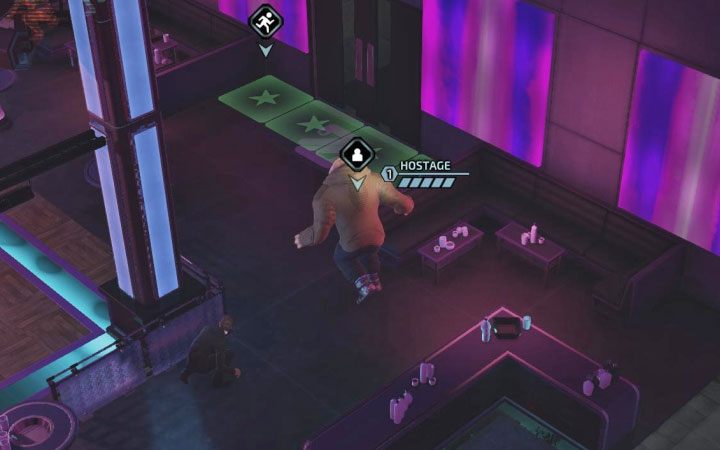 When fighting, you have to be aware that, in addition to your opponents, there may be innocent characters on the battlefield. These may be primarily civilians who have accidentally found themselves in the middle of a battle. In some missions, however, hostages / VIP characters also appear - they are related to the mission's objectives.