This page of the XCOM Chimera Squad game guide describes a number of useful starting tips about Breach Phase, i.e. planning an attack on a location occupied by enemies. This is the initial part of each mission.

if you're looking for general information about the Breach Phase, check out the turn-based combat section in our guide. 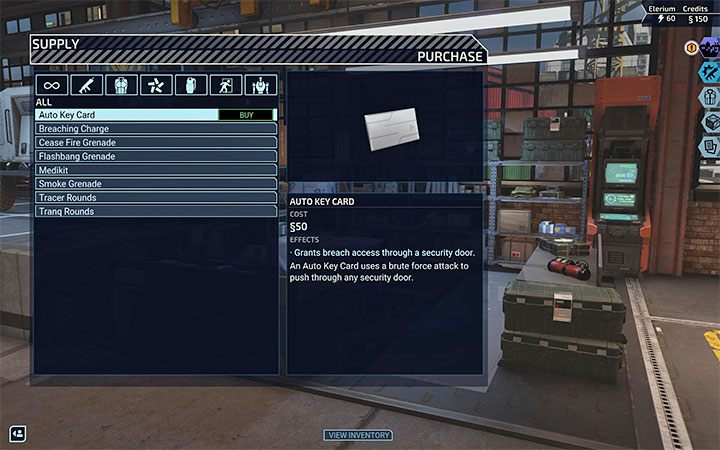 The most important gadgets to acquire at the very beginning of the game are:

You can buy them in the Supply tab on the city screen and it's worth having at least 1 piece of each. Add them to the inventory of any team member going on missions. The advantage of this method is that you will not have to give up some of the available entries with useful features (e.g. statistics bonus for one or all of the characters who use a given entry).

As the campaign progresses and new technologies are developed, you'll be able to unlock more gadgets to use in the Breach Phase. They are also worth considering. 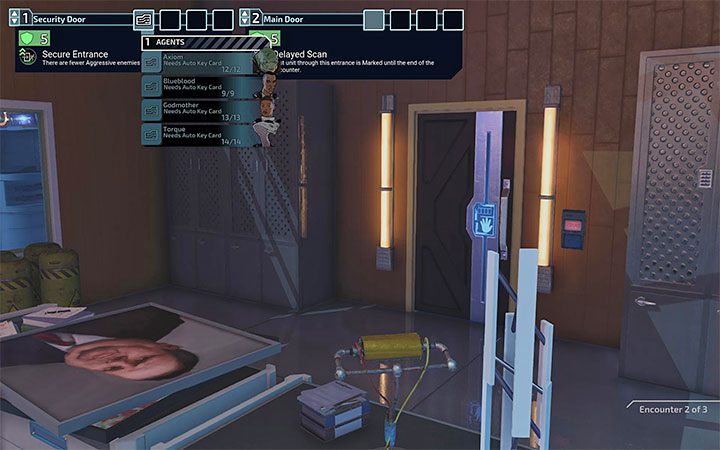 It's good to keep that in mind when joining longer missions, i.e. those that have 2 or 3 encounters. If you've used a gadget before, you won't be able to use it again during the same mission. An example of this is shown in the image above - the Auto Key Card was already used in the first battle meaning that it won't be available in the second encounter.

Remember to check in the mission description of available entry points and take 2 or more pieces of the same gadget. The most popular items related to the Breach phase are the Auto Key Card and Breaching Charge. 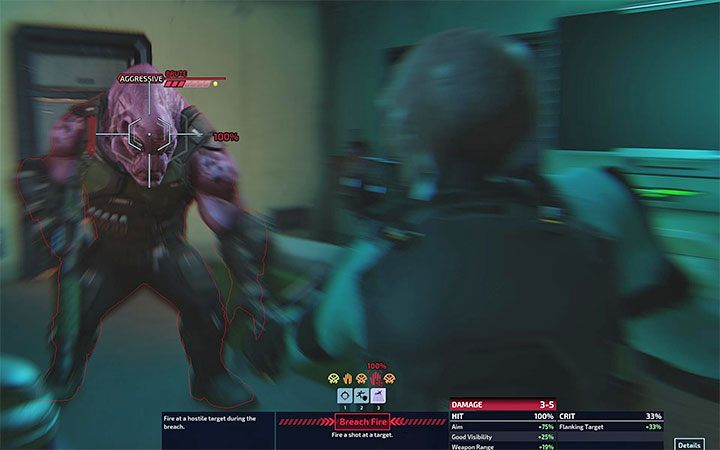 When entering a room, you can choose to attack an opponent with each of the 4 team members. When selecting a target, you should first target alarmed opponents, i.e. those who are Aggressive and are marked red (for comparison, surprised opponents have orange color).

The main reason for focusing on aggressive opponents is that they will execute their own attack if they do not die during the Breach Phase. They will execute their own attacks just after you give commands to all four members of the team. If there are more such opponents in a given room, try to focus only on one of them to kill him if possible. Aggressive enemies counterattack even if they received damage.

Use the characters' special abilities in the Breach Phase 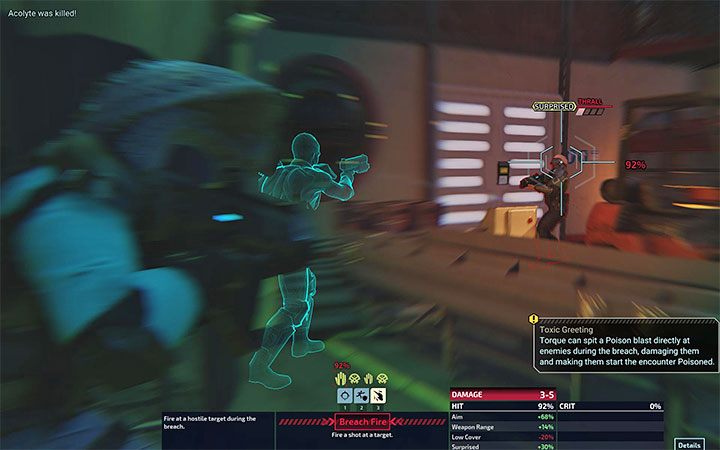 Initially, each character has only two actions available in the Breach Phase - firing a gun or taking cover (useful only if there are no "easy" targets in the area). The situation changes after your characters level up and gain access to new skills.

Try to read carefully the description of any special ability, as it will not always be more useful than the use of a weapon. One of our best unique abilities is Torque's Toxic Greeting. This attack consists of spitting venom at any chosen opponent. For the best effect, choose an enemy with 1 health point left after the venom attack - such a person will immediately die at the beginning of their round, as the poison deals 1 damage every round.

Carefully review the list of pros and cons of each entry 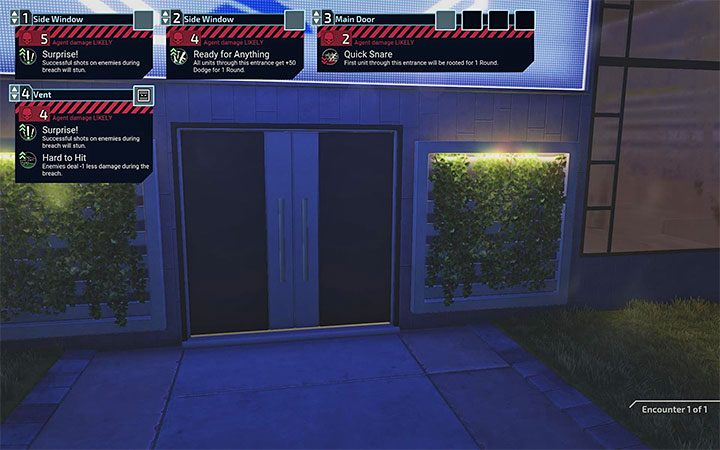 Entering a mission area should never be a random choice, it should always be a thoughtful decision. Each entry is described by the game. You can learn about its unique features (e.g. the necessity of having a magnetic card, a pass only for selected team members), and its advantages and disadvantages.

Positive entry features are marked with green arrows and negative features with red ones. First of all, try to select those entries that offer the most helpful bonuses - these can be an agent armor bonus or a guarantee to hit or stun the opponent. You don't have to avoid negative traits at all costs. If the negative status is not too "severe," you can accept it. Only avoid extremely unfavorable negative traits, such as Marked status making a team member an easy target for all opponents.