This page of the guide to XCOM Chimera Squad contains information on the available types of main missions. Besides discussing the types of missions, we also suggest how to read information about the characteristics of individual tasks, and the rewards for completing them. 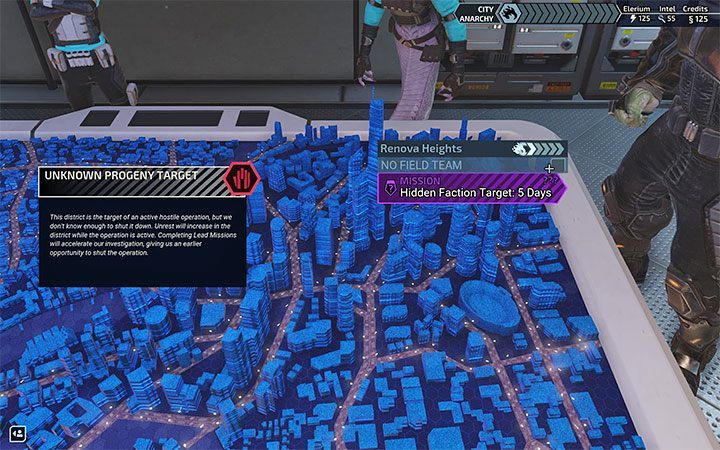 The first category is story missions, that is, those related to investigating and cracking down on hostile factions operating in City 31. These missions are marked in purple on the map.

The first group of investigation missions is those related to important progress points in the investigation. Unfortunately, they are often initially unavailable and you have to wait a few days first. This is explained, for example, by working out the plans of a hostile faction. An additional complication is that the level of Unrest in the district associated with this type of mission increases every day. You need to be prepared to reduce it (check out Anarchy level - how to lower it? page). 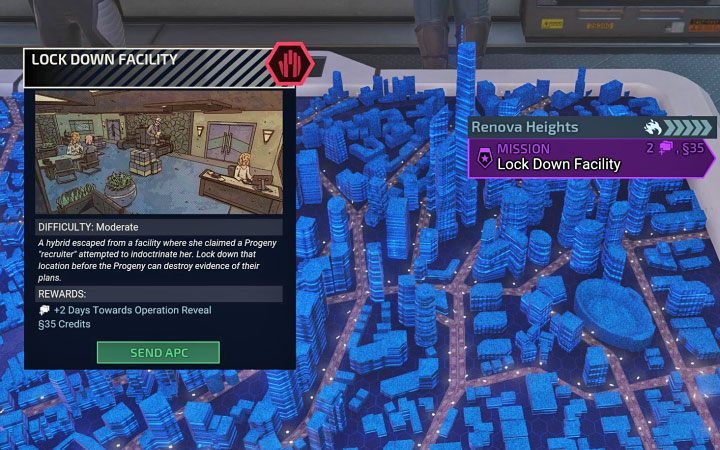 The second group of investigation missions is Lead Missions. Completing them not only allows you to deal another blow to the enemy faction but also reduce the wait time to unlock the main mission. In the example above, the wait time for the most important task can be reduced by 2 days. 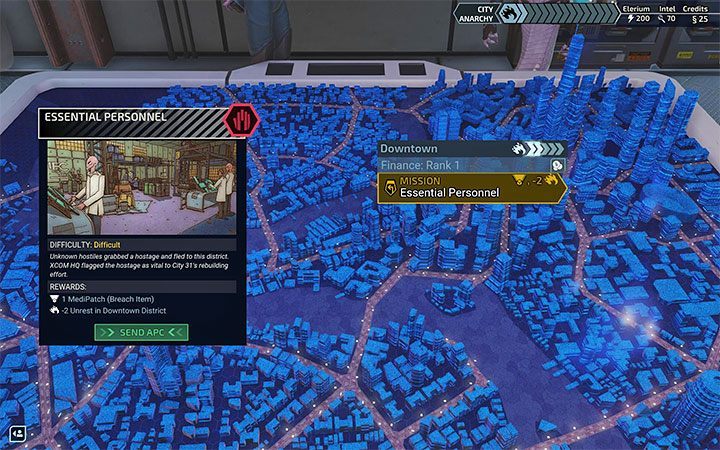 Side missions are completely optional. You don't have to complete them to make progress in the main story. The best moment to complete optional quests is when there are no main story missions available.

The main motivation for starting side missions is the rewards associated with them. The most valuable rewards, in our opinion, are the unrest reduction in the city. Try to complete side missions in those districts where unrest has reached 3-5 points (on a five-point scale). In the example in the image above, completing this mission will reduce unrest by 2 points. 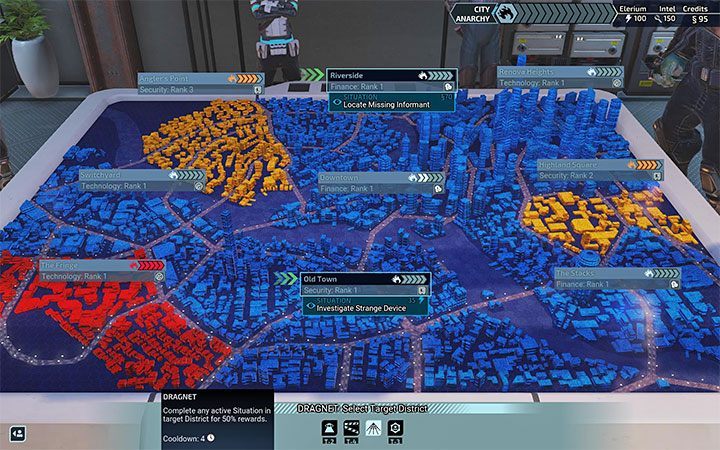 Emergency missions appear only in critical situations, specifically in those districts where unrest level has reached the maximum 5 points - they will be marked in red.

You should always try to lower this value as quickly as possible, as every day with maximum unrest level increases the "global" anarchy bar by 1 point. Filling that bar means losing the campaign. 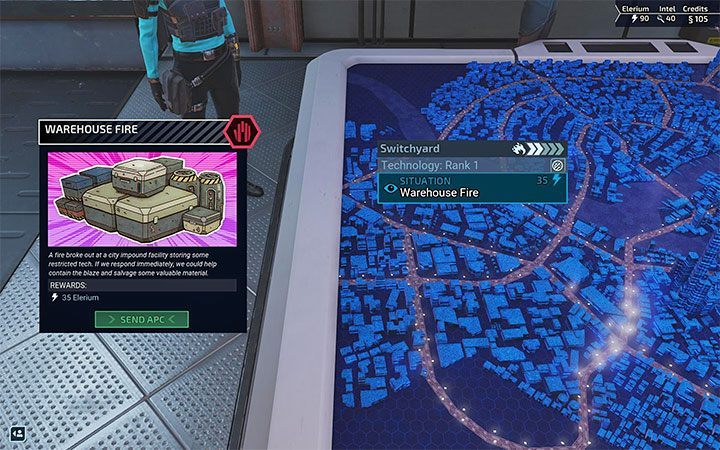 Situations are unusual missions that appear on the city map. Their most unique feature is that they don't require direct participation. Once a situation has been selected and accepted, it will be completed automatically - the APC with a team reaches the destination and solves the problem.

Situations are best dealt with when no main or side missions are available on the city map. Alternatively, you can make exceptions if the reward for completing the situation is very useful to you (e.g. a resource).

How to read information about a mission? 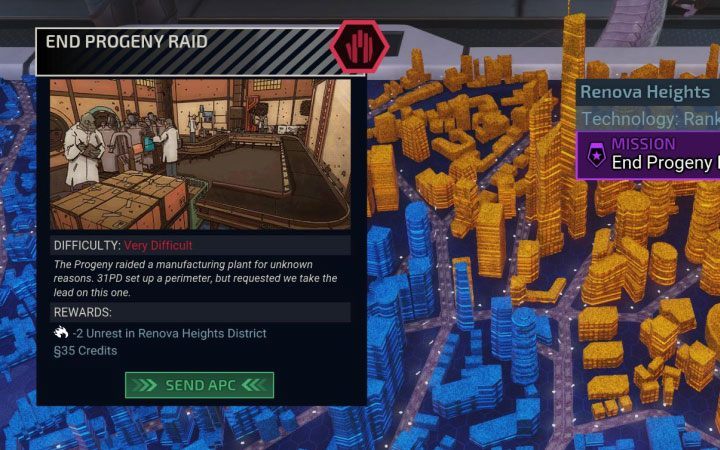 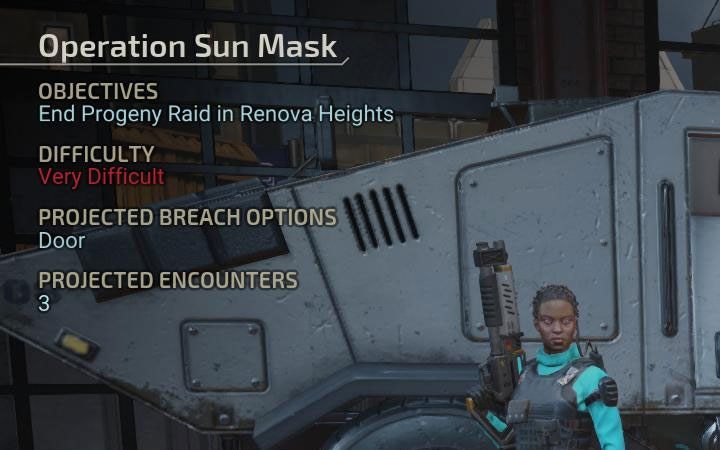 Don't perform missions in XCOM Chimera Squad "blindly". When you choose a main or side mission, you can read the most important information about it. They are displayed on the city map and on the team preparation screen (note - you can still withdraw from the mission at this stage of preparation!).

Here are the things you should pay special attention to: 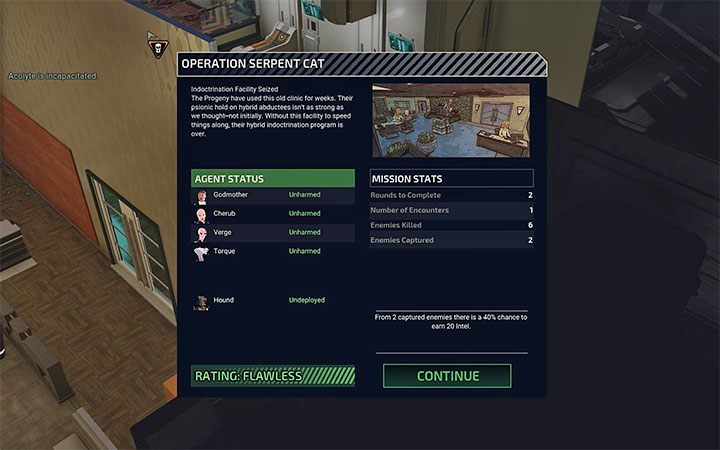 Each mission ends with up to two summary screens. The most important information from the first screen can be found in the Agent Status section - you can check the health of individual characters. If one of them is Gravely Injured, check if that character got a scar to heal. 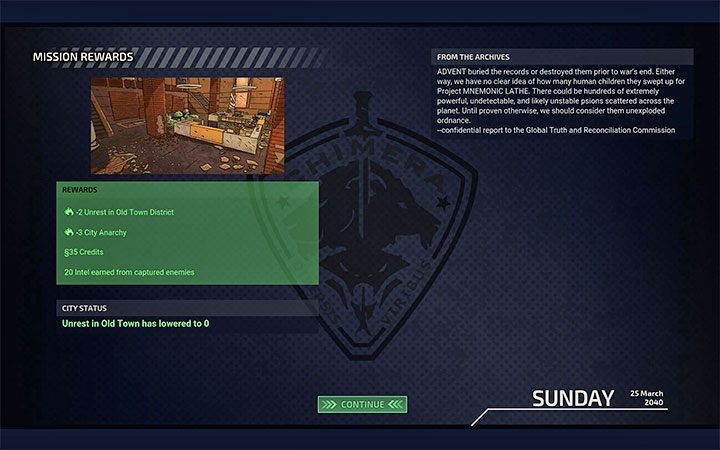 The second screen focuses mainly on rewards for completing the mission. You can also get Intel by capturing a certain number of enemies alive. The chances of receiving Intel increases with the number of stunned enemies. For example, if you have captured 2 enemies in a given mission, your chances are 40%, but when you capture 3 enemies, they increase to 60%.

City Status also has some useful information. You can find out here e.g. about changes in unrest level of individual districts.