On this page of the XCOM Chimera Squad guide, you will learn how to recruit new team members/agents. This is important because new playable characters can assist not only in missions but also on the City 31 screen. 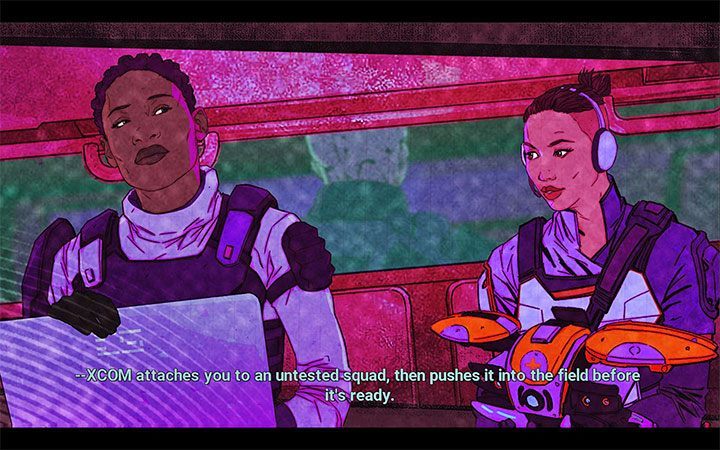 You start the game with only four playable characters out of the eleven that will eventually join the titular Chimera squad. The "starting" characters are Godmother, Cherub, Terminal, and Verge (he appears later in the prologue). 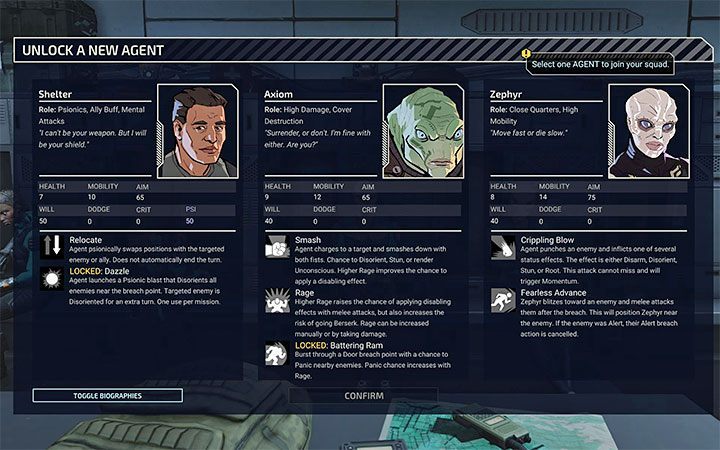 Subsequent playable characters appear automatically by making progress in the main story. You do not have to complete any related missions or meet any additional conditions for joining them to the squad.

What's important is that after each advancement in the main story, the game will let you recruit one of three characters. The recruitment screen will appear on the City 31 map, in the Armory.

We recommend studying the information about available agents carefully and recruit the hero you think will be most helpful. For information on the playable characters, see the Chimera Squad chapter in our guide.