On this page of the guide to XCOM Chimera Squad, you will find the most important information about the enemy factions featured in the game. We explain how to conduct investigations about the factions' activities and how to neutralize factions in City 31. 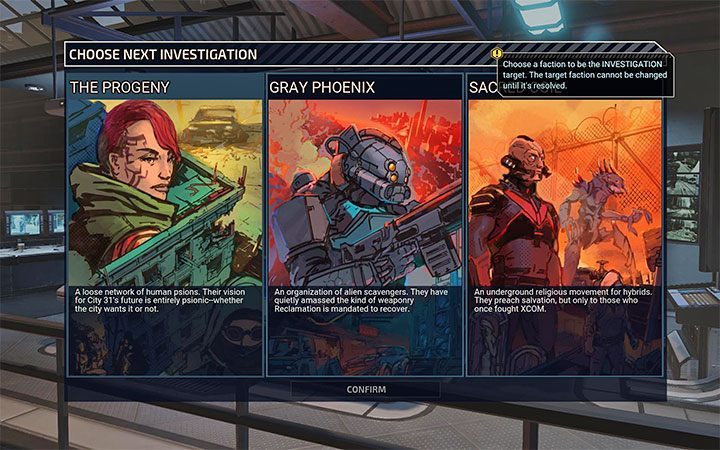 There are three main rival factions operating in City 31. They are:

You learn about these factions soon after completing the initial stages of the campaign. You will be asked to conduct an investigation to determine whether any of these groups planted the bomb that exploded in the prologue.

An important feature of the campaign is that you can only investigate one faction at a time. Select a faction from the available ones and complete 100% of the investigation, that is complete all story missions associated with that faction. 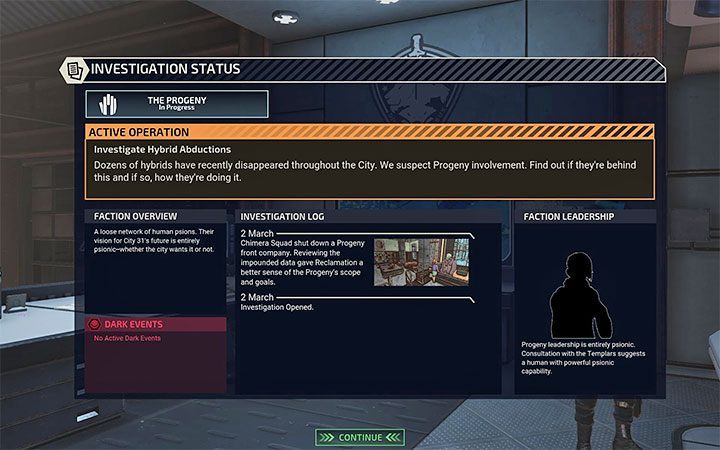 Investigation progress is displayed in the Investigation menu, one of the tabs of the City 31 menu. You don't give any commands in this window. You can only check your current progress. 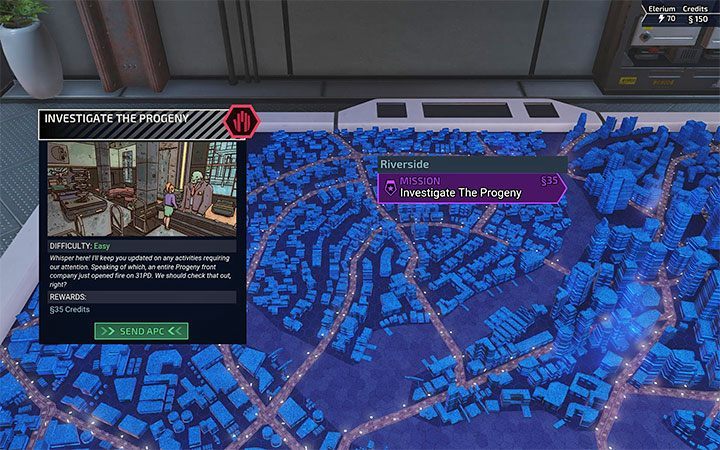 All story missions associated with a selected faction are marked purple on the map. The first mission of this type allows you to familiarize yourself with the group you have chosen earlier. 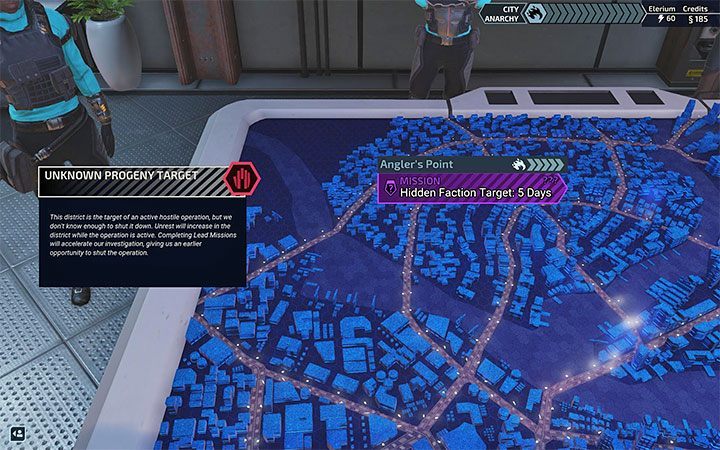 Story missions can be approached in two main ways. Some missions require waiting a certain number of days before you can do them. This can be explained, for example, by the need to determine the future plans of a given faction. 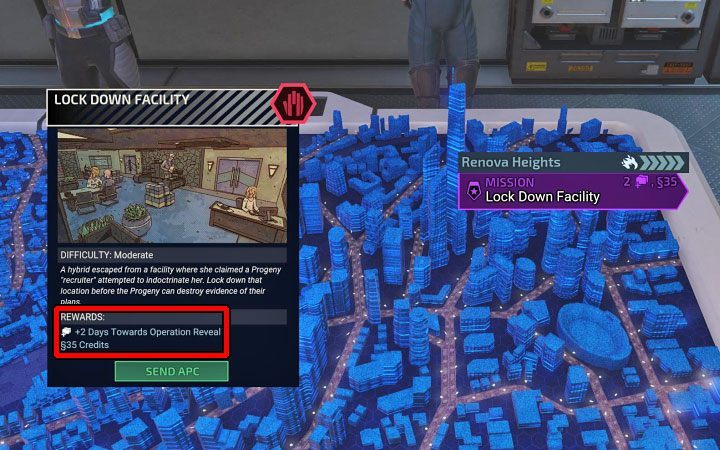 You can start other story missions right away. What's more, completing a story mission can speed up unlocking the most important mission. You can learn this from the box about the rewards for completing the mission.

In the example from the image above, completing the mission reduces the wait for the opportunity to join the most important story mission by 2 days. Take these opportunities to ensure that Unrest does not rise to a maximum of 5 points in the district that's part of the most important mission. 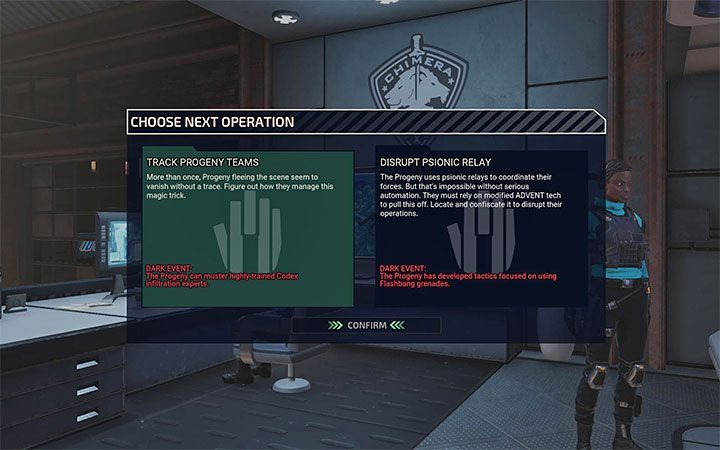 As the game progresses, you may be asked to decide how the investigation will proceed. Regardless of the option chosen, the investigation's finale will be the same. The change refers to the type of Dark Events that will occur in subsequent story missions.

In the example in our image, members of the Progeny faction can start "using the services" of Codex opponents or stun grenades. 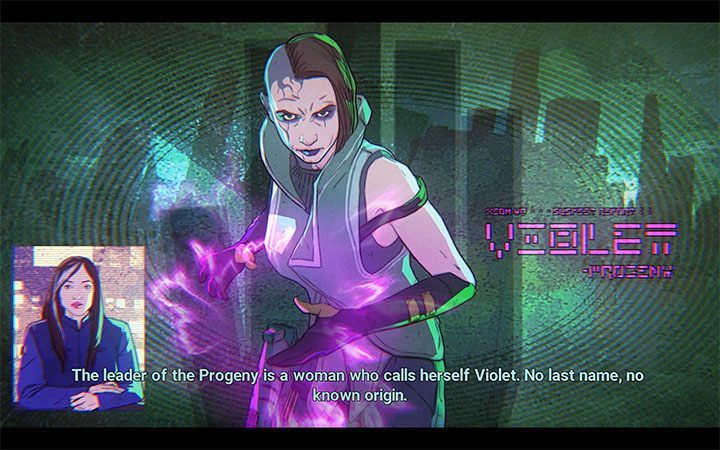 The next milestone will be to learn the identity of the leader of a particular faction. The leader is shown in a short cut-scene.

This knowledge does not change anything - you must continue to complete "purple missions" to advance in the main thread. 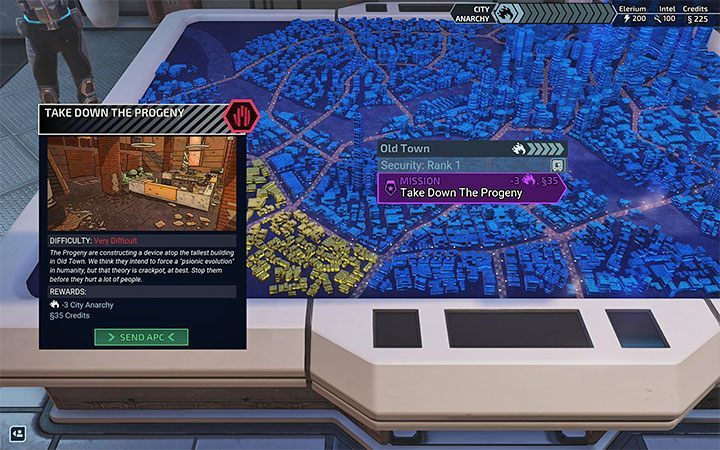 Your goal is to unlock the Take Down mission, in which you will deal with a particular faction. It is longer and more difficult than most tasks, so it is worth preparing for it by taking the best agents and as much equipment as possible. 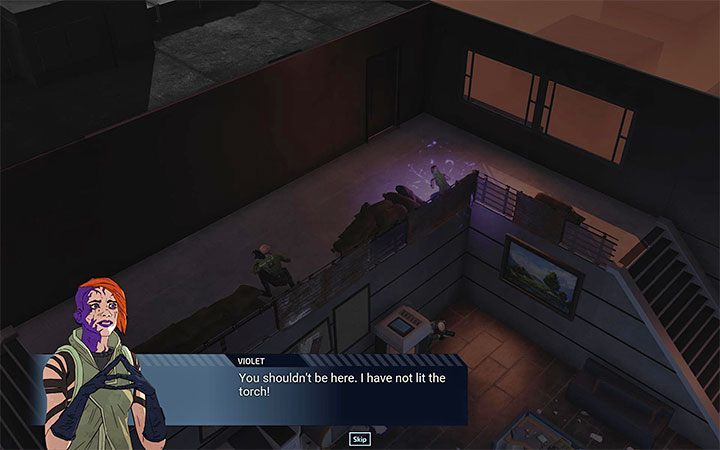 The final mission associated with a given faction gives you an opportunity to neutralize its leader. That character can be stunned or killed. 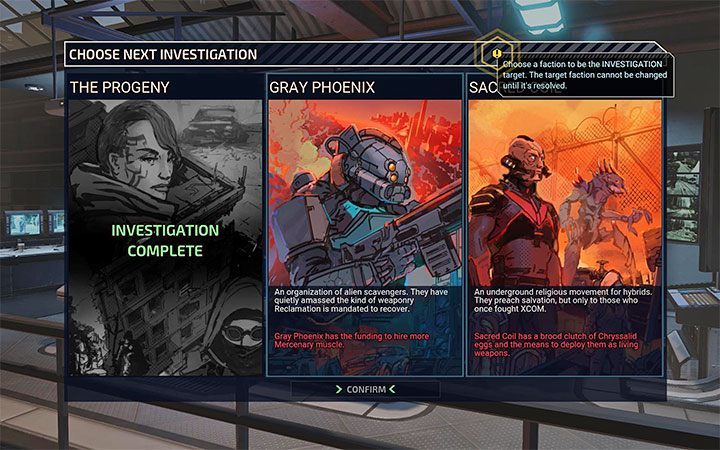 Once the investigation is complete, another alien faction must be selected to be infiltrated and neutralized.