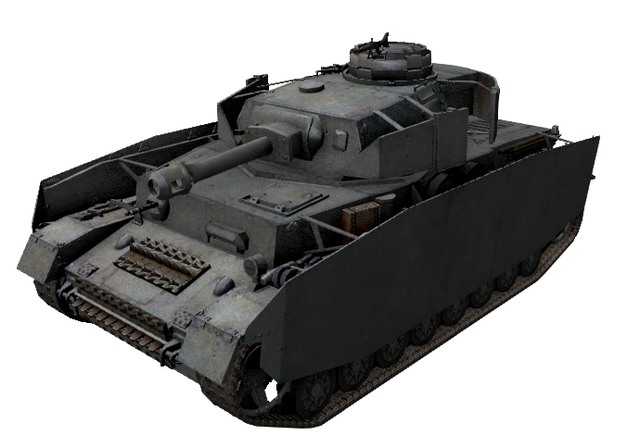 Pz. Kpfw. IV H version is the best tank in the whole Panzer IV group. This tank has two characteristic attributes. First, the visible at first glance additional armor plates on the sides and on the turret. Sadly, that armor improves aesthetical value at most. Both side, back, and even front armor will be penetrated by all tier V vehicles, and even some tier IV ones. Weak armor is a great weakness of this tank. Second characteristic attribute of Panzer IV H is its great gun. 105mm with 64mm penetration and 350 damage points makes this tank deadly on short distances. On longer distance this cannon proves to be too inaccurate, and the small bullet speed makes it harder to aim at moving targets. This tank is great on city maps like Ruinbers or Himmelsdorf. In those maps you can shoot from short distance and quickly hide behind a building. During battles very frequently a single precise shot will be enough to destroy enemy vehicle, even if he had full health bar. This tank is especially deadly against less armored vehicles, especially light tanks and tank destroyers.

When developing new modules first focus on developing the suspension and then as quickly as possible develop 105mm cannon. 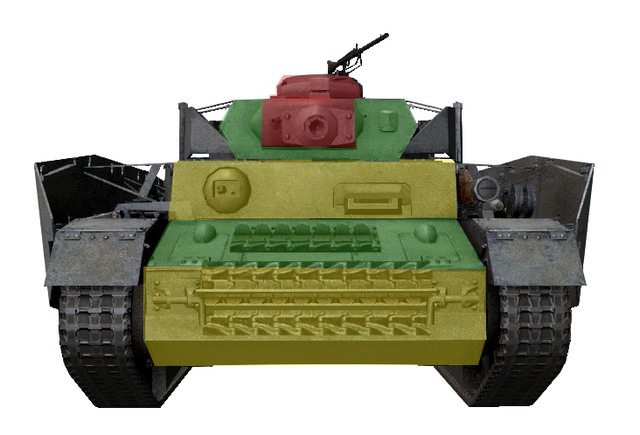 This tank doesn't have the best armor. Front plates, both upper and lower are not angled at all, so even 80mm of steel are no obstacle for most guns of tier V and above. The angled plate between those two is even easier to penetrate. It is only 20mm thick, so it won't protect from any bullet. Sides and back of the vehicle are weak as well. Armor thickness at those sides is not greater than 40mm, even when including the additional armor.

Turret is easy to penetrate as well, at least if you know where to aim. You should avoid the hatch. Usually the weakest part of every vehicle in this case has 95mm, which with its circular shape is enough protection. The second spot you shouldn't aim at are surroundings of the cannon. Depending on the angle of the shot the armor can have from 50mm to even 200mm. Rest of the turret is very thin and is no obstacle for bullets.

Try to attack from the smallest distance and at the same time hide behind cover immediately after shooting.

During battle try to play on the front line, but keep a safe distance from allied heavy tanks which will be able to give you backup when needed.

Damage dealt depends mostly on the armor thickness and penetration. Aim at less armored part of enemy vehicle, thanks to what you will be able to deal more damage.

Always position yourself front toward Panzer IV H, a shot at front plate will probably not deal the full 350 damage.

Utilize the long reload time, don't let enemy hide behind cover and during that time deal as much damage to him as possible.

When driving a light tank or tank destroyer it is best to avoid confrontation with this tank.

While aiming, focus on the hull, armor is quite fragile there and you shouldn't have trouble with penetrating that spot.