Mods are add-ons that make the game easier and more comfortable. You must install them by yourself or use packs with installer, like Aslain.

1 Hit Log - It shows information who shot you, with what ammunition type and when will he reload. Information that you are shot with gold ammunition (very expensive, with far greater armor penetration) is especially helpful, you know then that chances of receiving damage greatly increases. 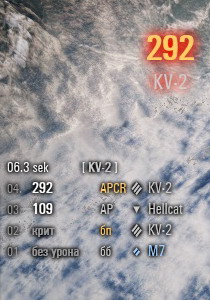 2 Info Panel - basic vehicle information after moving your pointer at him. Even if you know all vehicles parameters, thanks to this panel you will know which gun does your enemy have installed. The red information is very helpful, it shows enemy reload time. It tells you how much time you have after enemy shoot for riding out, shooting and hiding back. 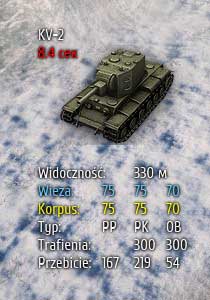 3 Damage Indicator - shows direction from which you were shot, even if enemy vehicle isn't discovered. In red hits with penetration, in gray without. 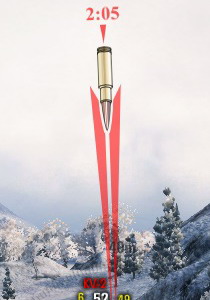 5 Modified map - show vehicles name. The drawing range (tanks outside the red frame are unseen - the game engine doesn't show them but you can hit them with blind shoot). White line shows the direction of your camera. Orange circle shows the theoretical vision range. Small white field around your tank shows 50m circle in which every tank is always spotted. Most important thing - with a faded red color the last known position of enemy tanks is marked. 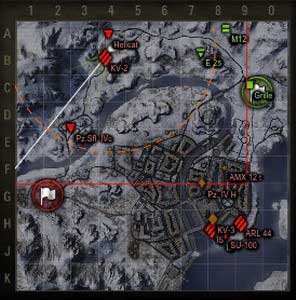 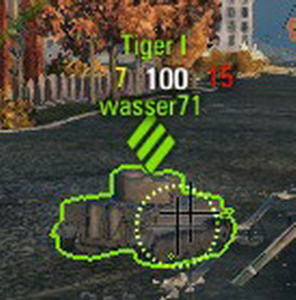 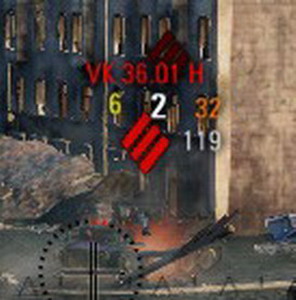 The current time and modules repair time in the damage panel is shown thanks to this mod pack as well.

XVM - it's a modification that shows player skills. It's a very useful tool that allows you to predict with great precise what can you except of your enemy and your ally. Additionally, before every battle it shows chances for winning and after it a thorough debriefing.

For XVM to work properly you must activate it for free at XVM site by login in with your World of Tanks login. There you will be able to change the way it works as well.

XVM player categories. Players are shown in game with colors. There are various parameters that estimates skills. Those are the most popular: WN8, WN6, WN7 and EFF. Each player is automatically judged based on his actions in those categories. Based on his score, he is in the bracket with a specific color. There are differences in all parameters mentioned above, but usually player gets the same color in all indicators.

When watching at player color, you must take in consideration amount of victories, number of frags (killed enemies) per battle and the ratio of damage dealt to own HP as well.

Skins add colors to the tank and a marker showing the placement of modules an crew.

Additionally, there is a mod in the pack that adds a second line of slots for tanks shown in the garage, which is useful when you have more of them.