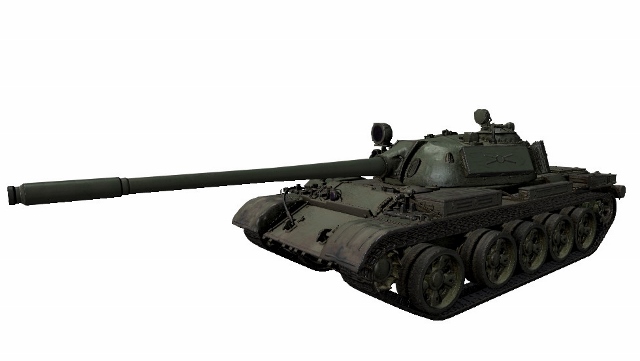 T 55A is a German tier IX medium tank which can be acquired during the January individual missions. The look and name of this tank are more similar to the Russian tanks than the German ones. That is because T 55A is a Russian tank that has been produced in the Soviet Union and then transferred to the Eastern Germany. It is a great example of medium tanks, he has both their advantages and disadvantages. You will be given an 100mm Panzerkanone D-102S L/56 cannon that can give 8 shots per minute, deals 320 damage and is quite accurate for a medium tank. A big weakness of this cannon is its penetration, 201mm might not be enough to pierce through vehicles on IX and X level. You will be forced to use unusual tactics, aim the weakspots, flank the enemy or simply load the premium ammunition that increases the penetration to 330mm. Armor of T 55A should manage quite well, especially on the turret. The hull of the vehicle is rather thin, it has only 100mm thickness but is well angled. The turret is well angled as well and is able to ricochet many bullets. The tank has bad mobility. The top speed is 50 km/h which isn't a bad result. The 580HP engine however doesn't give enough power to accelerate such vehicle in a satisfactory way. The tank will get to his top speed eventually, but it will take him far longer than it should The lack of power is especially troublesome during maneuvers like riding on a hill.

During the battle you must keep in mind that your role is to support other tanks, not assault enemy lines by your own. Use your speed quickly get to the right position. Change your position as often as it is possible, avoid staying on one place. You must attack your enemies from the sides, securing the side roads. 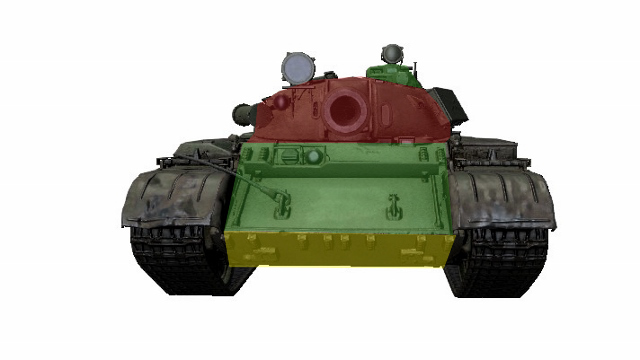 For a tier IX medium tank T 55A has a decent armor. Most of the steel can be found on its turret, which is well angled as well. If you don't have to, then don't shoot it. Cannons with penetration level over 250mm might try, but even that doesn't guarantee getting through it. The commanders cupola is an obvious weakspot, it is quite large. The hull is far easier to breach. The front armor has 100mm thickness but is well angled. The real armor thickness is from 150mm to 200mm. Both the upper and lower plates have the same thickness and angle, so it is better to aim at the upper plate which is bigger and thus easier to hit. The sides and the back of the vehicle are very thin and penetrating them should be easy.

During the battle remember about the limited mobility of your vehicle. You have nice top speed, but low acceleration.

Try to flank enemy vehicles, give a few shots and retreat from your position.

Try to show only the turret of your vehicle, it is better armored than the hull.

Observe enemy positions on the map. You can't allow them to flank you, you will be a very easy target.

Try to fight with only one vehicle at a time.

Avoid aiming at T 55A turret. Aim mostly in the hull of the vehicle, its sides and the back.

A perfect option would be to detrack enemy by shooting at its front or back wheels.

When driving a tank destroyer watch out for being flanked. If you allow yourself to be flanked, don't move around without any plan but rather retreat slowly to some cover so than enemy won't be able to still flank you.

When you're driving a heavy tank or well armored medium tank you can go for a direct confrontation with T 55A. His cannon has low penetration - only 201mm.