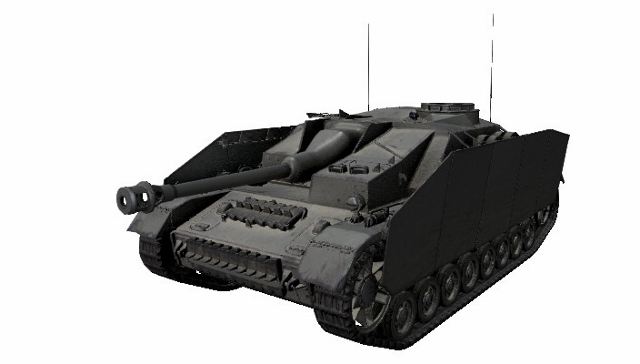 StuG IV is a German tier V tank destroyer. You can get him in one of the individual missions that starts in January 2015. It is the first vehicle that can be gained so the requirements won't be too difficult. It is an upgraded version of StuG IIIG, although upgrade is not the correct word in this case. It is a vehicle with much worse firepower. Cannon penetration is only at 110mm and the damage is 110. Only the rate of fire and time of aiming have been upgraded. Additionally, this vehicle isn't very mobile. Although the top speed is 38 km/h, it has a weak, 300HP engine. The armor isn't too good as well, in the thickest part it has only 80mm and isn't angled. One good thing are the additional iron plates on the sides of the vehicle. They aren't very thick, but they protect you from high-explosive ammo and artillery fire. 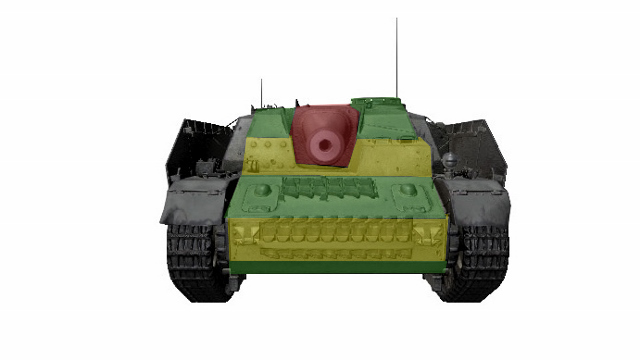 StuG IV has a weak armor. The best place to shoot it is the middle plate that isn't angled well. The bullets should easily penetrate other parts of the armor as well, especially the plates on the left and right of the turret. You should avoid shooting at the mantlet of the cannon, it isn't very thick but well angled and bullets might easily bounce off of it. The sides and the back of the vehicle are very thin, only a 30mm plate protects them. You should take caution when shooting with a high-explosive ammunition. A shot to the side plate will make the bullet explode, and the shockwave will have a long road ahead before it will reach the hull of the vehicle.

Use the terrain cover for your advantage. Trees, bushes, ruins - all of them increase your chances for survival.

Keep a safe distance from the center of the fights. Your cannon doesn't deal lots of damage, but it is quite accurate and have a decent rate of fire.

Remember that you have only 360 health points. Some of enemy vehicles might be able to take you down with one shot. If you see that someone is aiming at you it is better to retreat than fight him.

Avoid shooting at the turrets mantlet, any other part of the StuG IV will be easier to penetrate.

Avoid using the high-explosive ammunition, unless enemy is positioned with his side or back towards you.

Watch out for enemy cannon that has nice rate of fire. If he detrack you, you're chances for winning will be low.