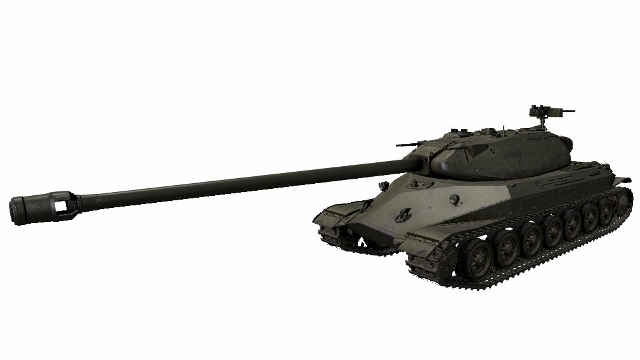 Object 260 is the last of four tanks available to unlock during the individual missions in January 2015. It is a Russian tier X heavy tank. It connects great mobility with very good armor and firepower. This tank is very good in all aspects. One can even risk saying that he might dethrone IS-7 on level X battlefields. This tank has very thick turret which is almost impenetrable. Its only weakspot is commander cupola, which is small and hard to hit. Object 260's hull is much thiner, it has only 150mm, but is well angled and it is impossible to penetrate it from the front with a cannon with less than 280mm penetration. It's far easier to penetrate it when you set yourself on right position to remove the angle. In that case Object 260's armor has from 150 to 200mm thickness which makes him penetrable for most of the vehicles. Mobility of this tank is one of his greatest advantages. He has an engine with 1200HP and it has great power/weight ratio. There is around 20KM per ton, which allows Object to quickly accelerate to even 60km/h. He is one of the fastest tier X vehicles in the game. His cannon is slightly less impressive. 122mm BL-13-1 has decent 260mm penetration, but when you face a better armored vehicle then you will be forced to load some premium ammo, that gives you even 340mm penetration. Premium ammunition guarantees that you will pierce through any vehicle in the game. The cannon has quite good accuracy for a Russian one. The only disadvantage is time it needs to focus, it is 2,4 seconds.

Object 260 has a heavy tank armor and a medium tank mobility. Both those characteristics makes him a very comprehensive vehicle. He will be good on the frontline and while trying to flank enemies. In my opinion he should be used mostly to flank enemies. His top speed allows him to quickly get to the right position on the map and the armor allows him to pick up a good fight. 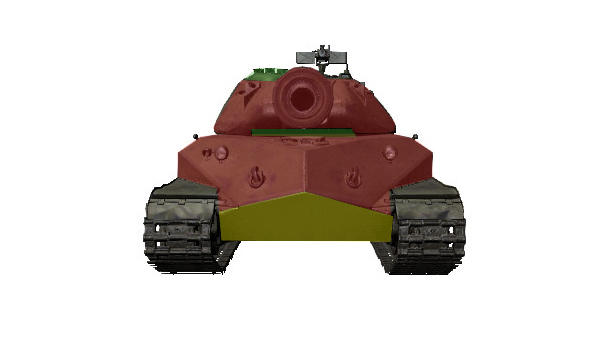 Object 260 armor is hard to penetrate even though hull plates have only 150mm thickness. Its greatest advantage is the angle of the plates thanks to which the real thickness in the front is around 260-280mm when facing him on equal level surface. Luckily, such situations are rare, the vehicle is usually a bit higher or lower than you. Thanks to that your chances for penetration are higher. When Object rides at you from a cover, even he is sidescrapping one of his front plates is perpendicular to you. You should use it and take a shot, his armor is about 200mm in such circumstances, most of the cannons should deal with it. When your vehicle is placed higher than Object, then you should aim at triangular plate that is located over two main armor plates. In normal situation it is too well angled to penetrate it, but when you're two meters or more above the Object, you should easily penetrate it. The lower plate shouldn't be considered as an obvious weakspot. The armor at this spot has the same thickness as the lower plate and he has similar angle. You should aim at the upper part of the lower plate. You should use situations when Object is higher than you. In that case, you should easily pierce through his lower plate.

Object's turret is his greatest advantage. You won't be able to penetrate it unless you hit the weakspots. The armor is very thick and well angled. Usually the real armor thickness is from 300 to 400mm. You should aim at the commander copola which can be found on the left side. It is small, but in close distance you should be able to hit it. The second weakspot is turrets mantlet. The area without protection is narrow, but if you aim well you will face only 60mm of armor.

During combat you must avoid sides of Object 260. They have a layer armor, which in some places increase his real armor thickness to even 500mm. You should shoot at the area between the middle of wheels and the upper part of the tracks. There you will have only 100mm of steel to penetrate. Another spot you might want to shoot at is a narrow fragment of the armor in the upper part of the hull, positioned with a little angle. The back of the hull and the turret is very thin and you should easily penetrate it.

At the beginning of the battle use the advantage of your vehicle's speed to take good position.

When you are firing, you should search for a Hull Down position that will allow you to cover your hull and show only the turret. Rethink the way of riding on enemies. Sidescraping won't be always the best solution. Although your side will be impossible to penetrate, the angle of one of your front plates will be reduced and an experienced player will use that opportunity.

Remember that you are a heavy, not a light tank. Despite the impressive speed you have, your task is not to sight enemies, but to lead the assault. Cooperate with other players and don't go alone too far into the battlefield, unless you're certain that the territory you're moving in is clear.

Regular ammo has 260mm penetration and it is not always enough. It is wise to have always few premium bullets that can be used in dangerous situations.

While fighting, take advantage of the great angle of Object 260 armor. It can be his weakness as well. Always select the armor plate that has the worst angle towards you.

If you see only the turret of Object 260, it is better to retreat than waste bullets and health points. Even with premium ammunition you won't have much chance to penetrate the turret.

Whenever possible, attack from sides or the back. Don't forget to shoot at front or back wheel of the track. You will immobilize enemy for a short time. That time can be used by you, your teammates or the artillery.