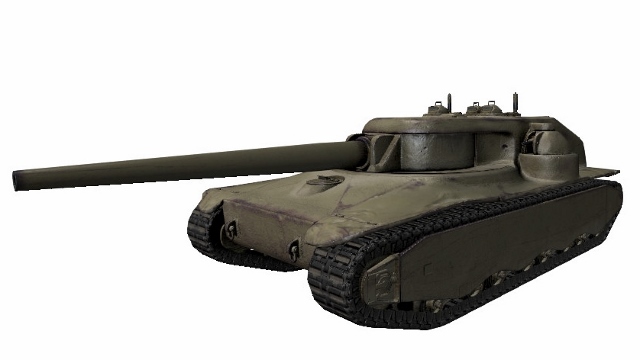 T28 is an American tier VII tank destroyer. He will be available as a reward for completing a series of individual missions that starts in January 2015. It is one of the most interesting vehicles in World of Tanks. T28 connects great front armor, good cannon and low profile that gives him a decent camouflage level. His best cannon has 181mm penetration, which on tier VII is good enough to shoot even at tier VIII vehicles. Its accuracy and rate of fire on the level of 6 shots per minute are good enough. The greatest advantage of this vehicle is its armor, that in front doesn't have any weak points. Additionally, if you're positioned in the right way, it is virtually impossible to penetrate it with a cannon that has penetration on level lower than 230-240mm. With this vehicle, it is even possible to position yourself for sidescraping. It is possible thanks to the large gun horizontal arc. Gun depression is only 4,4(, which is a very bad result. The vehicle has a powerful, 960HP engine, but due to the big weight of the whole tank allows him to drive with the top speed of 29 km/h. This result isn't very bad in comparison to other vehicles with similar features, like for example T95.

During combat this vehicle will forgive many mistakes as long as you will fight on long distance. On small distance this vehicle loses its greatest advantage, armor, for he posses small, but easy visible weakspots on his sides. From close, enemy won't have any trouble with targeting them. The vehicle isn't very agile so enemy will be able to outmaneuver it. 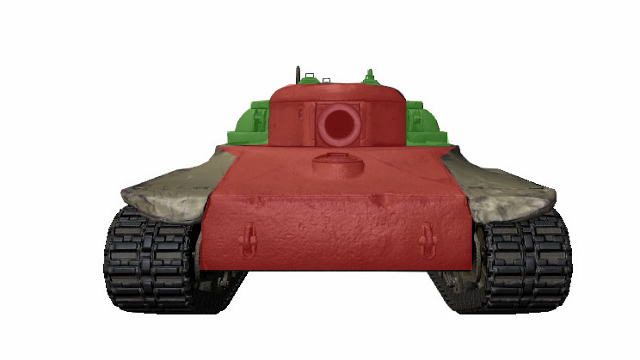 T28 Concept has great armor for a tier VII vehicle. If you are on the top, basically no enemy will be able to penetrate you from the front. If you have a cannon with penetration lower than 210mm, then there is no sense in shooting at the front plate or the cannon, you won't deal any damage. All bullets should be aimed at two machine gun nests on the sides of the vehicle. The armor at that spot is still 100-120mm thick, but it is the best place for penetration. Additional weakspots can be found above the turret, but they are very small and shooting them is possible only on close distance. The armor at those spots is only around 60mm, so vehicles with small cannon penetration should aim there. When shooting at the sides of the vehicle you should avoid aiming at the tracks. They are protected with additional plates and the armor there has around 200mm. It is best to shoot at machine guns nests and the space behind them. The back of the vehicle is its weakest point, the armor there has only 50mm thickness.

During the battle plan ahead which route will you take. The vehicle is rather slow, you won't be able to change your mind in the middle of fighting. You should a road that will make it harder for enemy to surprise you from the sides and you will show him only your front plate. A good idea would be to find a good shooting position, for example between two buildings or rocks.

Mount a camouflage net and binocular telescope in your vehicle. Your armor is more efficient on greater distance. You don't have to worry about being found by enemy, not as long he is in front of you.

Watch out for artillery, you're an easy target, especially when it has the chance to shoot your back or sides.

During combat, take advantage of large objects like houses or rocks to hide your weakspots - machine gun nests. Ride out of cover in the opposite way than during the sidescraping. Arc your cannon as much as possible in one direction. One of your machine gun nests should be hidden behind cover, and the other behind the rest of the vehicle. If you do it correctly, enemy will only see the front of your vehicle, which will additionally be well angled.

Shoot only at the machine gun nests on the sides of the vehicle. If your cannon has penetration on level 220mm or above you can try to shoot the lower plate of the armor, which is thick, but not angled.

If you don't see T28 weakpoints, don't attack him or try to outmaneuver him. Shooting with him won't give you anything in that case.

When your enemy has fortified himself in some spot on the map, ask artillery or other team members for help. T28 shouldn't survive both sides assault.

When you're driving a medium or light tank you can try to outmaneuver your enemy. Reload time of his cannon is quite long (about 10 seconds), so you have the opportunity to slowly get close to your enemy. When you manage to get to his sides or back, he will be basically helpless.