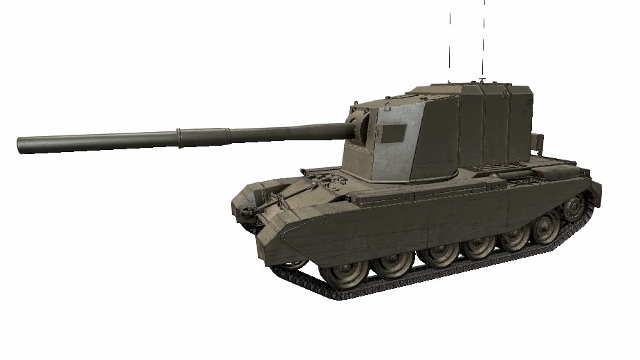 FV4005 Stage II is the last in the new line of British tank destroyers. Sadly, in my opinion this vehicle is far worse than its predecessor. While in the case of Conway one could say that it has fridge instead of a turret, in case of Stage II it's a refrigerator, and an industrial one. The size of the turret is frightening. Stage II has officially the biggest turret in all World of Tanks game. Additionally, it isn't armored at all - 14mm armor on tier X is like no armor at all. Its size has a negative impact on the camouflage factor as well. It has a 183 mm L4 cannon which requires you to play in a specific way. Most important factor in this case is its rate of fire - 2 shots per minute. Accuracy and focus time are decent, but not as good as in its predecessor. Most important advantages of this cannon are its damage and penetration. Even when using the standard ammunition the penetration is at 310mm level and the damage is 1150. The same cannon can be found in other British destroyer - FV215b 183. Two shots are enough to destroy virtually every vehicle in the game. If you face a vehicle with weak armor you can load high-explosive ammunition and the damage will increase to the astronomical amount of 1750. After every shot you must hide for almost 30 seconds during which you are helpless. I don't have to add how frustrating the missed shots are with this vehicle? Stage II, unlike its predecessor, doesn't have good mobility. Although its top speed is 35 km/h, the weight of the vehicle has increased. The power/weight ratios is around 12KM/t and it doesn't give him good acceleration nor agility. I won't talk about the armor of this tank since he almost doesn't have one at all. The high amount of health points compensates it a bit - it is 1850.

When using this vehicle, you must keep as far away from the frontline as possible, not only because of the lack of armor, but because the reload time as well. After shooting you must have a safe hideout where you can wait for 30 seconds. When playing with this vehicle, you must completely change the tactics you used when playing its predecessors. In case of Stage II battles are way less dynamical, all you're doing is riding out of cover, shooting and hiding back.

Since Stage II is a tier X vehicle you don't need to develop any modules, they all are already mounted. 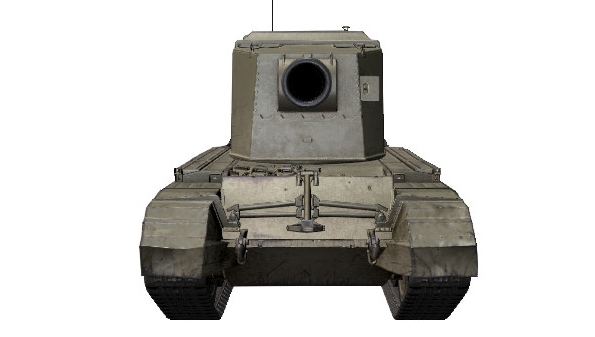 When describing the weak points of Stage II vehicle one can't not mention about its turret, which is a on big weak point. "Huge" is a world that perfectly describes it. The turret is massive. Its actual size is about 2x2x4 meters. All this box is cased in a 14mm armor, which means that its practically no armor at all. In the front of the turret there is an element that looks like mantlet, but it is only a plate and the armor is still only 14mm. The hull armor isn't much better. It has 76mm thickness and is not able to stop any enemy bullet. When facing this adversary, you can shoot wherever you want and you're still guaranteed to penetrate its armor.

Never ride on to open territory. Every time you do it will end up with your instant destruction.

The vehicle has a rotating turret but its rotation is limited. He is pretty wide, but remember about right positioning to not lose bonuses from the camouflage net and binocular telescope.

In case of Stage II you must use right tactic. Always hide behind cover like a building or large rock. When you have been found by enemy, move from the cover, give as precise shot as possible and return to the cover immediately.

Watch for artillery, you're a perfect target for it, you will receive great damage even from the shockwave, not to mention direct hit.

Don't focus too much on the aiming, you will penetrate your enemy in every spot.

Try to provoke your enemy to give a shot. After that, you will have 30 seconds to ride towards him, outmaneuver him and detrack him. Remember: for 30 seconds enemy is helpless.

When you're driving a light or medium tank you can try to get close to your enemy by driving with a zigzag. Enemy probably won't risk shooting at fast moving target and you will be able to try to drive him up by the side.

Never drive in front of Stage II barrel, unless you're certain that he shoot recently. This advice apply to every tank, no matter if you're driving Bat-Chat or Maus, Stage II will penetrate you anyway.