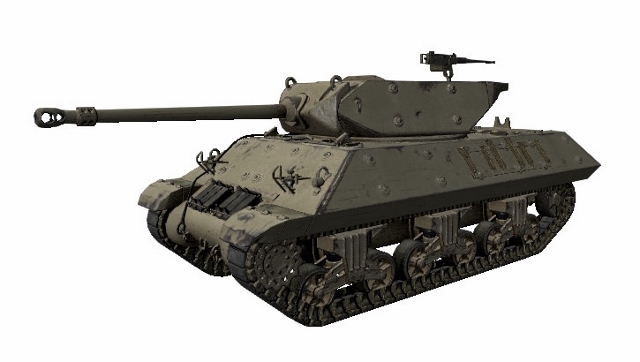 Achilles is a tier VI British tank destroyer. Its appearance and specifications are similar to the American tank destroyer Wolverine. It's a successor to the Archer destroyer, although almost everything except the cannon differs them. The cannon is the same great one that can be found in Archer, Sherman Firefly or the heavy tank Churchill VII. OQF 17-pdr AT Gun Mk. VII cannon connects great accuracy, good enough penetration and very good accuracy for a tier VI tank destroyer. Although during combat you might encounter even tier VIII tanks, where 171mm penetration might not be enough and you will have to load some premium ammo. Another advantage of Achilles is its mobility, the proportion between power to weight is around 18HP/t and top speed is 48 km/h. Thanks to that, you can quickly speed up to max and quickly get yourself to a perfect location on the battlefield. Achilles has a rotating tower mounted, so you can use binocular telescope and camouflage net with ease. Weaknesses of its predecessor, such as armor and amount of hit points, have been fixed. However, the armor still doesn't give enough protection. The hull is very easy to penetrate. The turret is slightly better, it has 60mm thickness, is small and well angled. The vehicle doesn't allow you to fully use the benefits of such tower as the cannon depression is low.

Achilles is a very versatile tank destroyer, he can be use as a sniper standing far from the battlefield, and as a support tank thank can go side by side with medium tanks. In both cases you must keep in mind the weaknesses of its armor and low cannon depression.

When you buy this vehicle you should already have developed the best possible cannon - OQF 17-pds AT Gun Mk. VII. Your only task should be to mount it as fast as possible. Then you can focus on developing further modules and next vehicle - the Challenger. 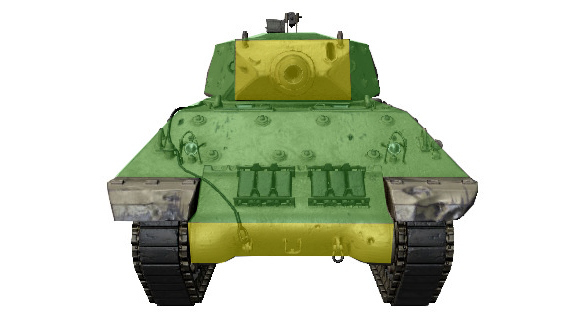 Achilles has a thin armor for a level VI vehicle - only 38mm. It makes the front hull plate very easy to penetrate. Ricochets happen only on very big angle. Only place you should avoid aiming at is the lower part of the front plate. It is not thicker than the rest of the plate, but it is better angled and bullets might ricochet from it.

The turret defenses are better. The armor itself is only 25mm, but sides of the turret are well angled. The turret's mantlet is pretty big as well, but its armor is uneven. Its thickness vary from 50mm to even 150mm. Usually getting through depends simply on luck. You should avoid the back of the turret. Achilles has a layer armor there, its thickness is 51mm and it is very well angled. You should avoid shooting at the protruding, back part of the turret.

...as the driver of the Achilles?

Use the speed of your vehicle to get the right position on the battlefield. Try to look for places where only the turret of your tank will be visible.

Avoid getting attention. Stay on the second line or even on the back of the assault. Remember, your advantage is your cannon, not the armor.

Mount telescope or the camouflage net in your vehicle, thanks to the rotating turret you will be able to fully use the benefits that they give you.

Try shooting the hull of the vehicle, it guarantees penetration.

Use the fact that Achilles has open turret. Load the high explosive ammunition and try to hit as close the upper part of the turret as possible. It guarantees dealing damage and hurting the crew members.

The best way to fight Achilles is moving from the cover, shooting, hiding back. This tactic is especially useful when you're driving a heavy tank and reloading takes about 10 seconds.