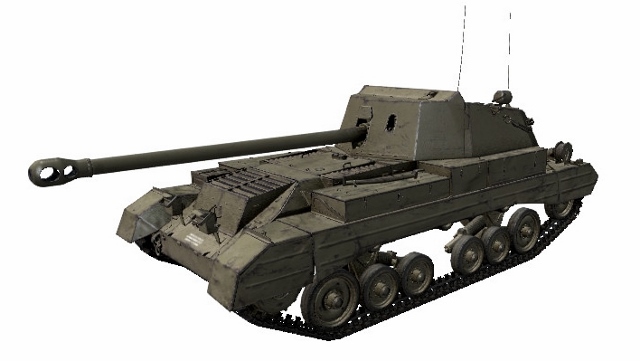 Archer is the first in the new line of British tank destroyers. It is probably the most interesting of tanks added in the latest patch. He's greatest advantage is the cannon, the same as the one found in Sherman Firefly and few other British vehicles. It is worth mentioning that it is a tier V vehicle, where 171mm penetration with a standard ammo is enough to pierce through practically everything. Most of the battles you will probably play on level VI or VII, but if it throws you on the top, then you can start hunting season. Even on higher levels the cannon should be sufficient. Other advantages of this cannon are rate of fire, accuracy and horizontal inclination. Biggest disadvantages of Archer are his armor and hit points, or should I rather say, the lack of both. The front armor is well angled but it has only 20mm, so even tier II or III vehicles will be able to penetrate it. The amount of hit points is 360. If you will be thrown against a tier VII tank, most of them will be able to kill you with one shot. The key to good results is avoiding the center of the fights and depend on other tanks intel. It is worth to mention about the mobility of this tank. Driving the Archer is quite specific. His cannon is mounted backward to the driving direction, so, to avoid the necessity of inverted aiming, Wargaming decided to replace the forward driving speed with the backward one. Thanks to that, you can drive forward with the max speed of 12 km/h, and backward with the speed of 32 km/h. This can be useful in some situations like quick retreat, but it takes time to get used to driving backwards.

Suspension should take priority in development, as it allows you to mount the best cannon. 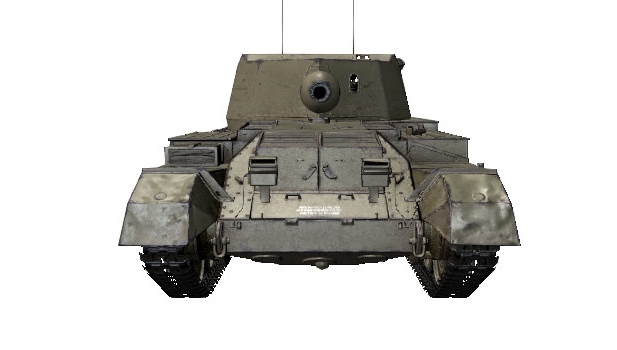 Armor of the Archer is very thin. In the thickest place it has only 20mm, so even when well angled it cannot stop enemy bullets. You can shoot in any part you want, the vehicle's turret doesn't even have a mantlet. The only place that you should avoid shooting at are the tracks, but only if you shoot from the front.

...as the driver of the Archer?

Keep as far away from the fighting zone as possible.

Hide behind any cover that you can find, especially behind bushes and rocks. You must avoid being detected by any means possible.

Mount a camouflage net on your vehicle. Binocular telescope is advices as well as it improves your seeing radius.

Don't ride on open fields. Even if you simply want to get to same point, select the longer, but safer road.

Try to aim for enemy tracks. First, you will avoid them getting close to you and detecting you. Second, the rate of fire of your cannon will give you an opportunity to quickly eliminate detracked vehicle.

Remember about the unusual steering. It is best to ride backwards as you get greater speed that way.

Don't worry too much about aiming, every shot will penetrate through Archer armor.

Load an high explosive bullet, it will easily take care of Archer's armor and you will deal greater damage and hurt the crew.

If you know that Archer hides in a specific place, try to ride as close to him as possible so he won't be able to fully use his accurate cannon.

Heavy tanks should be especially cautious of this vehicle as they have a small range of view. If a heavy tank is being shoot at by Archer, he should hide behind a cover and ask for help from a medium or light tank. They should easily outmaneuver Archer.

Remember, that when Archer moves quickly, he virtually can't aim and he is a perfect target.