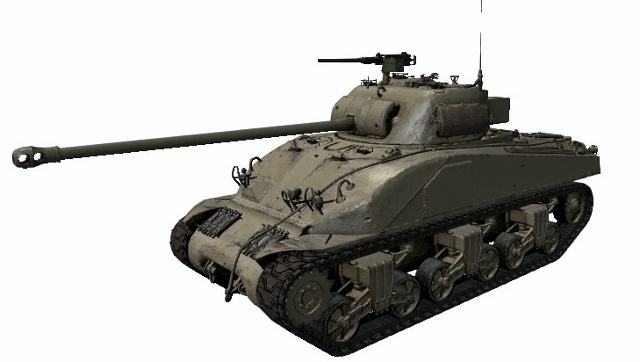 Sherman Firefly is a British version of one of the most popular tanks from the second World War. It is different from its American version mostly in turret and mounted cannon. Firefly is a medium tank with average mobility. It weights 36t and its engine has only 400KM so one can't expect it to have nice acceleration. It's a typical support tank that should stay on the second line or even play the role of a sniper. If you play with Firefly you take the most of the great cannon that he posses. 171mm penetration on tier VI is enough to break through any target and 4,5 seconds reload time makes it a really powerful weapon. This cannon is quite accurate as well so you might remain in the back. The biggest disadvantage of Firefly is its hull. It's a high tank and its frontal armor has only 50mm and is not well angled. The turret is slightly better, it's small and pretty well armored. You can try hulldown tactics with this tank, but it might be tricky due to the low gun depression of the cannon. This vehicle requires some time to get used to it and fully learn its possibilities, but when you do learn it, he will become one of the best British vehicles. It is worth mentioning that with better results it's a good tank to earn money. One bullet costs only 175 silver, and repair cost of entire vehicle is about 7,000.

Priority for Sherman Firefly is to develop and mount the best cannon - OQF 17-pdr Gun Mk. VII. Other modules can wait, even maxed-out engine won't make a great difference to vehicle mobility. 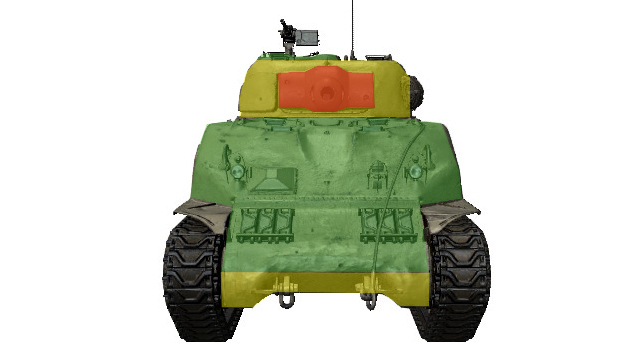 Sherman Firefly has rather weak armor. Front hull has only 50mm of thickness and is very huge. You don't need to aim to hard to penetrate it. You must take caution of lower part of the vehicle that is well angled and bullets can ricochet from it. Situation is more complicated when you see only Firefly's turret. You shouldn't shot at cannon's mantlet which adds additional 40mm to the basic thickness of the tower (which is 76mm). Shot at the sides of the tower. The right side is better since it doesn't have the additional plate. When the tank stands on the side or back to you, then you don't have to bother with precise aiming and just shoot it.

...as a driver of Sherman Firefly?

Stay behind heavy tanks, in a safe distance from the center of the fights. With your armor and size, you can't afford to have enemy fire concentrated on you.

Take the most from your cannon. Thanks to its accuracy and rate of fire you can try to detrack your enemy and then destroy him.

If it's possible search for positions where you can show only your turret. It might be difficult while fighting on hills, but in a city it is easy. The turret is placed high, so you should easily issue it over a wall or in a window.

Shoot mostly in the hull, you should easily penetrate it.

Don't try to fight with Sherman Firefly in open terrain. With the penetration and rate of fire of his cannon you have low chances for victory. Even if your tank is well armored the accuracy of his armor will allow him to shoot your weakpoints.

Shot, and then hide behind some obstacles to reload.

If you can choose between two targets to shoot, choose Sherman. He can be more dangerous than many heavy tanks.