The WZ-111 model 1-4 is the next, after the 110 Chinese heavy tank. This vehicle resembles the Soviet IS-8 heavy tank and it should be used in a similar way. Tanks to arming this tank with the 130mm 59-130T cannon, it is better to pull off the "hit and flee" maneuvers and for fight in the urban environment, where damage that you deal is more important than the high rate of fire. 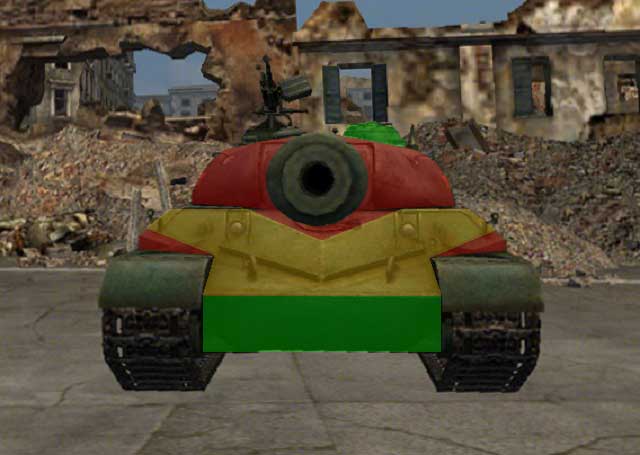 The armoring pattern of the WZ-111 model 1-4 is similar to the one on the Soviet IS-7 heavy tank. The pike nose is resistant to fire from cannons of 200mm penetration value but, its sides are much weaker and more vulnerable to direct hits. The lower-front armor plate, just like in the tanks of the IS series, is the weakest element of the front armor. The sides of the vehicle are protected with layer armoring but, it covers only a small area on the vehicle. This is why, hitting the hull should not be too difficult.

The front of the turret of the WZ-111 model 1-is just as resistant as in the IS series tanks, and thanks to its shape, it often repels shells. It is worth noting that the improved turret ( i.e. the vehicle with 1850 health points) has weak sides and back. Its basic version is protected with 220mm of steel, at each side.