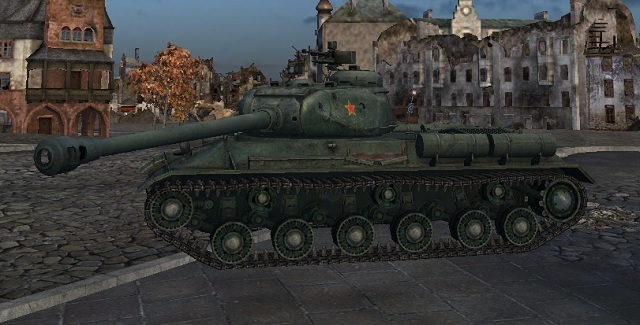 The IS-2 is the Chinese counterpart of the Soviet IS heavy tank. This vehicle is nearly identical with its prototype. The only differences concern: the arc of cannon descent (the IS-2 is incapable of lowering it as much as the IS), the number of health points, the power of the engine (the IS-2 is slower than the Soviet IS) and the availability of premium shells. The IS-2 received HEAT shells capable of piercing 300mm of armoring!

The development of the IS-2 should start with the development of new cannons: your aim is the 122mm D-25T cannon. Then, you can develop the turret (increases the amount of health points) and new engines. The radio and suspension can be unlocked as the last.

While developing the individual modules of the IS-2, you should pay attention to several relationships: 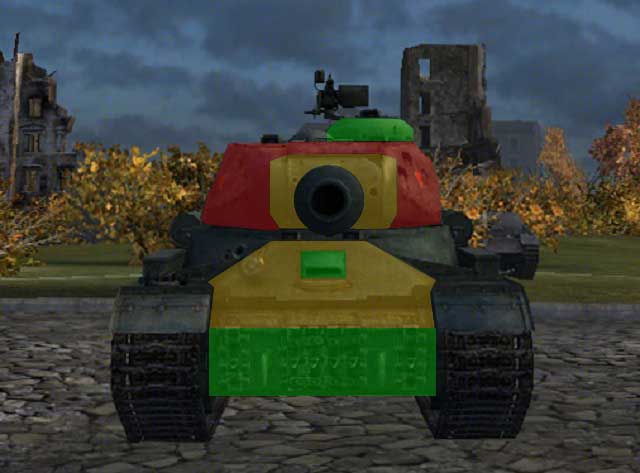 The IS-2, just like the Soviet IS, is a vehicle that is very resistant to fire and is capable of withstanding direct hits from the largest-caliber cannons. Unlike its Soviet version, it has a different shape of the glacis plate: instead of resembling the one from the KW series vehicles, it has a uniform plate of high angle, which is more resistant to direct hits than the one on the IS. For that reason, while attacking the IS-2 from the front, with cannons of a lower caliber, you should aim at the lower-front armor plate. The sides and the back of the tank are, as always, vulnerable to fire. The engine and the ammo compartment are in their standard situations.

The turret of the IS-2 is rounded, thanks to which even the strongest cannons will ricochet at the incorrect angle. With cannons of the penetration value higher than 160mm, you can aim directly into the yoke of the cannon - most shells should be able to penetrate it. Apart from that, the copula is very vulnerable to enemy fire. The sides and the back of the turret are an easy target for larger-caliber cannons.