The ST-I is another, right after the KV-4 Soviet tank with a low top speed and very high resistance to enemy fire - this vehicle is the second most resistant, tier nine vehicle, and it is only inferior to the German E-75. Unlike its predecessor, it has been armed with a much better cannon : the 122mm M62-T2 is identical with the one mounted onto the IS-4. This is why the ST-I has a large firepower and good penetration value. This vehicle is best when it fights at a distance below 150 meters but, whenever the need arises, it can respond with fire over longer distance.

The first module that you cannot do without is the BL-9 cannon. The more considerate players, who develop several lines of tanks simultaneously, will already have unlocked it (it can be unlocked while playing on the IS-3) - the remaining ones will again have to struggle with the 122mm D-25T, whose penetration value is, around 175mm. In this case, it is a good idea to spend the spare experience points and buy some subcaliber, to make things easier, just a bit.

The next modules are: suspension, a new turret (not only does it have a 250mm thick armor in front of it, but also increases reload speeds and allows you to descend the cannon by, as many as, 8 degrees) and finally, a new 122mm M62-T2 cannon. The engine should be the last one to develop. 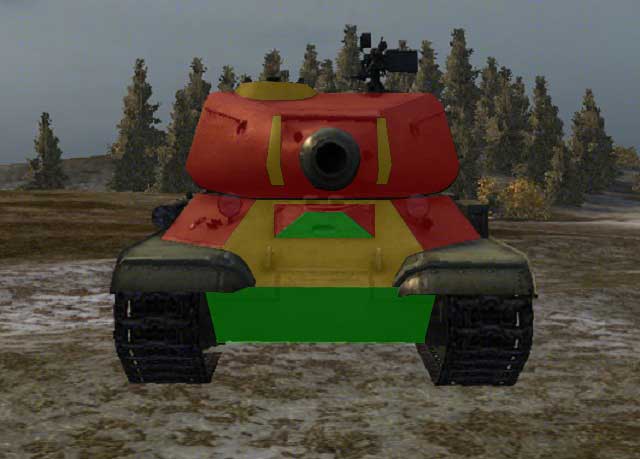 Unlike its predecessor, the ST-I does not have too many weak points. The easiest way to damage this tank is by aiming at the lower-front armor, or by shooting into the driver's visor. The glacis plate is resistant to fire and, only guns of the penetration value of, around 260mm, are capable of penetrating it on a regular basis. If the tank hides behind an elevation, or behind ruins, and only exposes the turret, there is little possibility that you damage it. The only weak point is the cupola, but even in this case, you need a cannon with the penetration value of, around 220mm.

When angled, the ST-I is still a very resistant tank and only the largest-caliber cannons are capable of penetrating its thick side-armor. By shooting to the side, try to aim above, or right below the additional armored skirt covering the tracks. Attacks from behind are immensely effective: 100mm thick of armor is not enough protection against their seven tanks.