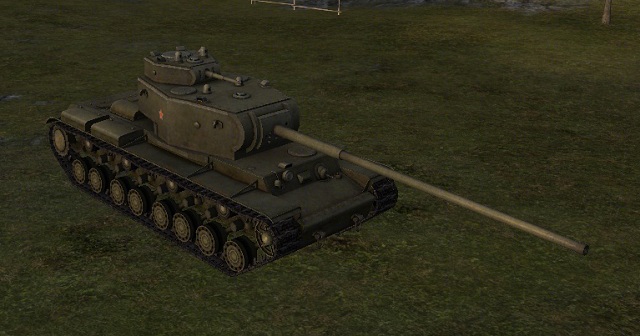 KV-4 i.e. self propelled bunker and a giant on the feet of clay, at the same time. The characteristic feature of this vehicle is the very thick glacis plate, side armor, the huge tracks and the monstrous weight. It is also equipped with the 107mm ZiS-24 cannon, i.e. the Soviet counterpart of the cannon that the Tiger has been equipped with. This tank, due to its bulk, has a lot of flaws: it is sluggish, full rotation of the turret is the longest, among tier eight vehicles and it is a perfect target practice for artillery. Additionally, an experienced tankman can easily lay fire down at its weak points and eliminate the protection provided by the thick armor. However, after all of the modules are installed and the difficult art of driving the KV-4 is mastered, this tank can easily compete with its counterparts in the armies of the other nations.

The most important piece of equipment that you need to develop for the KV-4 is the ZiS-24 cannon. After you have obtained it, you can start saving up experience points for the ST-I, or buy the missing modules in the following order: suspension, the engine, the radio.

Skills and perks: sixth sense for the commander, repair for the rest of the crew. Then, brothers in arms for the entire crew. You can also try selecting the skills that improve on the tank's handling, like the clutch braking or the off-road driving. 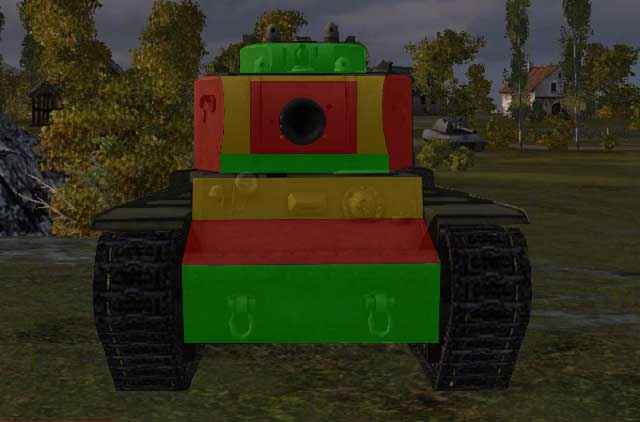 In spite of the thick armor, the KV-4 has many weak points, which you can exploit while fighting this giant. All of the armor plates, on this tank, have been situated at an angle of 90 degrees, which is why it suffices to position your tank in front of them and make sure that you hit at an angle of 90 degrees - what you now need, is only to make sure that the penetration value of your cannon is higher than the enemy's armor. This will ensure damage. Especially effective are the attacks against the rear of this vehicle, because it is protected by the measly 90mm of steel.

The turret of the KV-4 also has many flat surfaces that are vulnerable to fire. Each direct hit, at the right angle, should penetrate this tank's armor without any problems. Frontal attacks are much more risky because of the cannon armor. You should aim next to it, or at the cupola atop the turret.

It is worth mentioning here about the thick tracks that the KV-4 is equipped with. Shooting at the side of the angled enemy will, almost always, result in a ricochet, or damaging its suspension, but will not deal any serious damage, nor any drop in health points of the enemy vehicle.

I recommend that, while fighting against the KV-4, you lay fire down on the rear side of the hull: the possible fire will facilitate the destruction of this giant.