The T-44 is the first soviet medium tank which, apart from fighting over medium distances, is capable of dueling with the other medium vehicles of its own tier, over the distance of above 50 meters. It is equipped with reliable glacis plate, a turret resistant to fire, and the armament consists of the effective 100mm LB-1 cannon. This vehicle is very fast and maneuverable, which allows it to fire several shots, retreat and prepare for another attack from another location. Additionally, its small size and perfect camouflage, make this tank difficult to spot and fire at.

Right at the outset, you should mount this vehicle with the 85mm D5T-85BM cannon. The next step should be the improvement of suspension and development of a new turret and the 100mm D10T cannon. Now, you can unlock the 100mm LB-1 cannon, and then the remaining modules, like the engine and the radio. 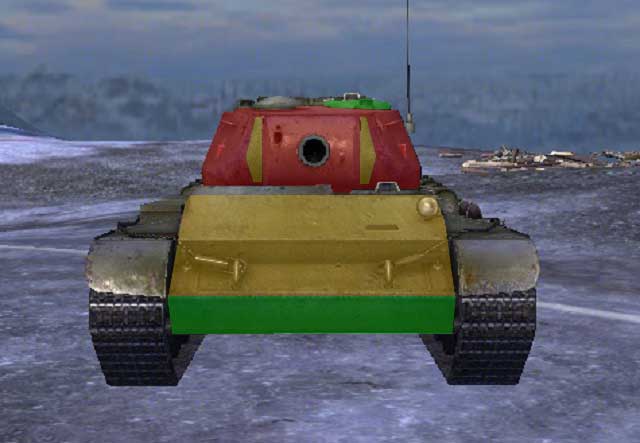 The turret of the T-44 has only a 120mm thick armor, but its front is protected by a quite thick cannon armor, thanks to which, only shells of as much penetration value as 200mm will be able to deal damage here. This tank is quite low, which is why you may attempt hitting the cupola on the left side of the turret - most cannons should be capable of penetrating it and dealing damage.