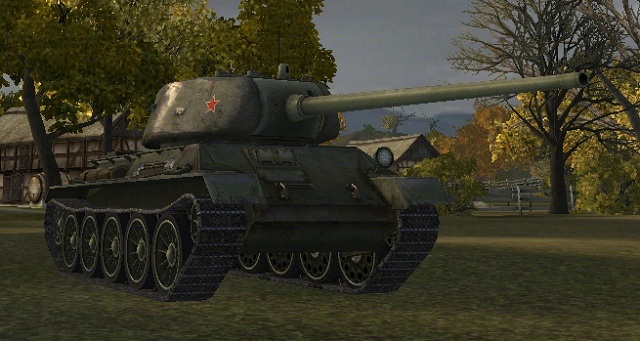 The T-43 is a direct descendant of the T-34-85. Just like its predecessor, this vehicle is armed with the 85mm D5T-85BM cannon and has similar top speed and maneuverability. Additionally, its armoring has been considerably improved - it is, as much as, 75mm thick, on both sides, which allows it to repel shells fired by vehicles of a lower tier. Unfortunately, its turret is just as weak is in the case of the T-34-85, and it has some annoying feature: after it receives a direct hit, occasionally it explodes - this means that the enemy has destroyed your ammo compartment in one shot.

Right at the outset, you will have to develop new suspension and then the turret, to mount the 85mm D5T-85BM cannon, developed for the T-34-85, as well as the V-54K engine. You do not need to develop V-2-44 the driving unit, because it will be added automatically to the list, after you unlock the T-44 medium tank. 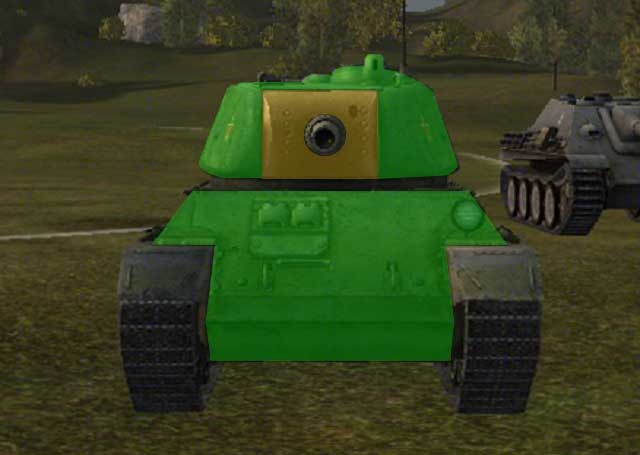 In its shape, the T-43 resembles the T-34-85 and not without a reason: in spite of thicker armoring, it encounters stronger opponents and, at the same time, its weak points remain the same. The angled hull is capable of reflecting low-caliber shells of the penetration value of 100mm - it only suffices to shoot, at the T-43, at an angle of 90 degrees and you will have no problems damaging it. The turret has 90mm thick armoring and, in practice, only the misaimed shots will ricochet. At the front, it is additionally protected by the cannon armor. Unfortunately, it is not too thick and most shells, of the penetration value of 130mm should be able to penetrate it.

The ammo compartment, as is the standard, is on the right of the turret and under it, right above the floor, the engine at the back of the hull.