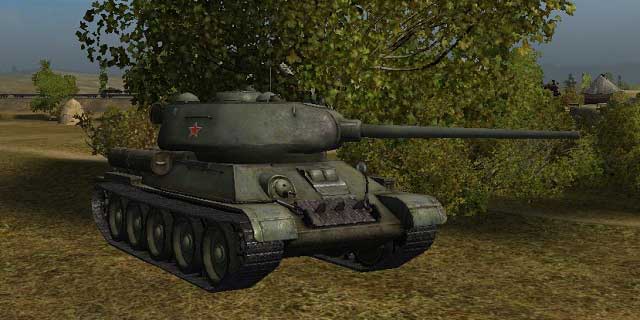 The T-34-85 is a modified T-34 medium tank, equipped with a better driving unit, a bigger and better armored turret and, of course, a new cannon: the 85mm D5T-85BM. This change in equipment directly influences the way of fighting on this vehicle - this time you will be conducting fire at short distances. Thanks to the greater penetration value of the new cannon, you will be able to defeat any opponent that you encounter - of course, while fighting the heavier vehicles, it is necessary to flank them first and attack afterwards. The higher damage dealt by your ammo also allows you to fire single shots and retreat to reload - a tactic unavailable for the T-34.

In the first place, you should develop and mount a new turret, and a new 85mm D5T-85BM cannon onto your vehicle. In spite of the weak driving unit, with such armament, you will be able to fight easily against enemies of the same, or even higher, tiers. The next step is to develop a new engines; suspension is to be developed as the last, in the case of the T-34-85-60. Before your adventure with the T-34-85 ends, you should develop all the available modules, because most of them will make their way into the successive vehicles: the T-43 and the KV-13. 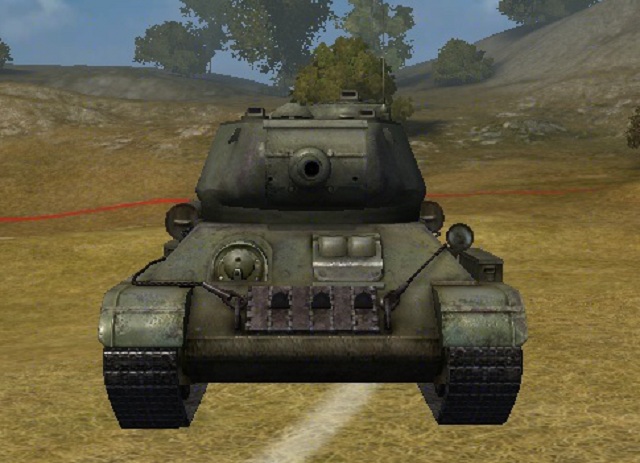 The hill's armoring in the T-34-85 is identical with the one in the T-34 and it ensures, almost, no protection against tier five vehicles, and higher: it only takes 80mm of penetration value to penetrate your front or the back. The turret has been lightly enhanced and its front is now protected with 90mm thick steel plate. The shells fired at it will ricochet occasionally, but you will be able to damage the vehicle in the majority of cases.