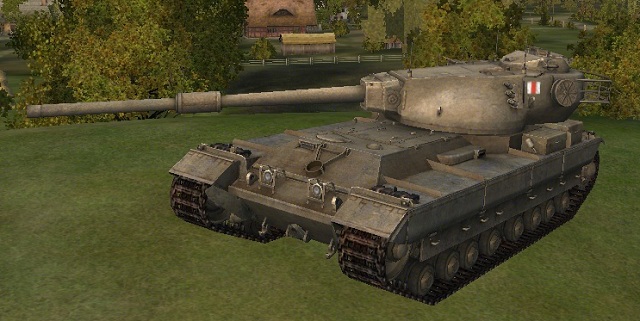 The FV215b, i.e. the prototype of the next gen universal tank. Its playing style is similar to the one on the Conqueror but, you will quickly discover one difference: the turret of this tank is mounted onto the back of the hull, which considerably affects your capability of fighting from behind elevations, and during maneuvers in developed areas. The tankmen, who already received their baptism of fire on the German VK 4502 (P) Ausf. B should be able to take advantage of the unique design of the FV215b, to its fullest.

The FV215b has the elite status from the very beginning. 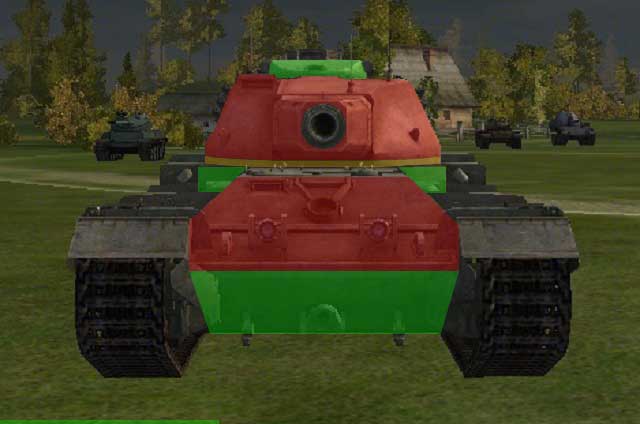 The hull of the FV215b is similar, in its shape, to the one that you see on its predecessors. As usually, the lower-front plate is an easy target and, practically, any shot fired at it, deals damage to the vehicle. The glacis plate is very resistant to damage and you should avoid firing at it - even cannons of the penetration value of 270mm will often ricochet. The sides of this vehicle are just as vulnerable to fire as in the case of the Caernarvon and the Conqueror - again, they only are 51mm thick. The 101mm, visible in the tanks description, protects only the upper side of the hull, above the track line.

The turret of the FV215b has been considerably improved, in comparison with the Conqueror. The cannon armor is still indestructible and the shots fired at the sides of the turret will ricochet in most cases.

The ammo compartment has been moved towards the rear of the tank, which is why it is not going to be damaged from shells into the front armor plate. The engine is at the center of the hull.