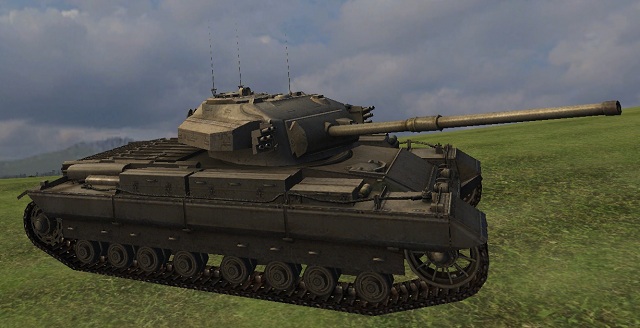 Caernarvon breaks up with the tradition of the sluggish infantry tanks: unlike the vehicles like the Churchill and the derivatives, this vehicle is much faster, but poorly armored. It has an excellent cannon: OQF 20-pdr Type B Barrel of very high accuracy, which emulates the German cannons, and an excellent elevation arc of the cannon. Thanks to the high amount of health points, the Caernarvon is capable of fighting one-on-one duels with all vehicles of the eighth tier. Unfortunately, it also has a number of flaws, which make this vehicle not too popular with the players of the World of Tanks.

First of all, you should make sure that you increase your firepower, by unlocking a new turret and the OQF 20-pdr Type A Barrel cannon. The next step depends on whether you are using additional equipment: if this is the case, then you are going to need to replace suspension; if not, you can start gathering points for the new engine The OQF 20-pdr Type B Barrel cannon is not required for the Conqueror to be unlocked, but I recommend that you unlock it, still on the Caernarvon, which will make it easier to use the next vehicle. 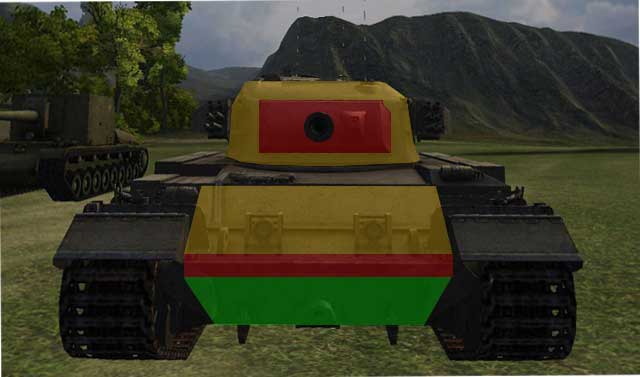 The Carnarvon heavy tank received a completely new hull, which is a far cry from the one on the Churchill family tanks. The armoring of this vehicle is thinner than in the case of the infantry tanks, but it has been angled, relative to the enemy, which results in a similar resistance to fire to the one in the Black Prince. The glacis plate repels shells, of the penetration value of 175mm on a regular basis , but it will have problems against better ammo. The lower-front armor is very thin and, in spite of considerable angle of inclination, it can be penetrated by most shells. The sides of the Caernarvon are very weak and does not protect it against any attack. The tank, when angled, can be easily penetrated, both on the lower-front armor plate and in the side armoring.

The turret of the Caernarvon is protected with a very thick cannon armor, known from the Black Prince - shots fired at this area are bound to ricochet. The remaining elements of the front armor of the turret, can be easily penetrated by cannons of the penetration value of 175mm, or higher.

The Caernarvon is very vulnerable to critical hits. If you attack its back, you can set it on fire easily and, after you fire at the lower-front armor plate, you can often damage the ammo compartment and wound the driver.

...as the driver of the Caernarvon?