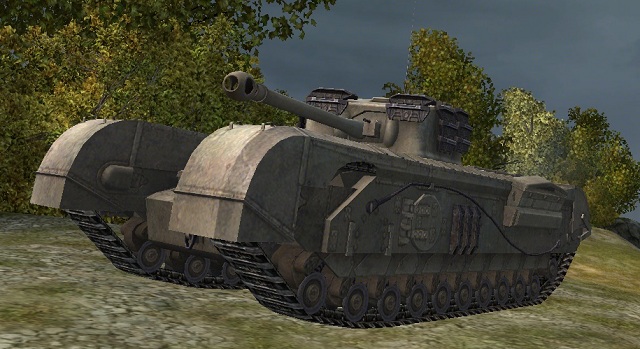 Churchill VII is another infantry tank available in the game, which you unlock while using the Churchill I. Just like its predecessor, it has an excellent armor (the thickest from among the tanks of the sixth tier) and a reliable cannon. It also has the same design flaws: it is much slower than Churchill I, its larger mass makes the driving unit of the power of 350HP insufficient and its spin takes as long as a dozen-or-so seconds. It is not the best tier six tank, but in the right hands, it is a reliable vehicle, both during the defense of the base and in attack.

From the very beginning, you can use the cannons developed for Churchill I. First of all, develop a new turret, then suspension (it will enable you to mount additional equipment) the cannon, the engine and the radio.

Skills and perks: sixth sense for the commander, repair for the rest of the crew. Then, brothers in arms for the entire crew. You can also try selecting skills that improve the tank's handling, like the clutch braking or the off-road driving. 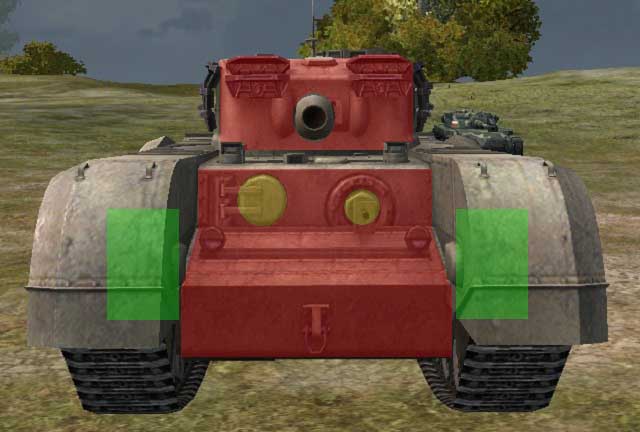 In Churchill VII, almost all flaws of the predecessor's have been improved upon. Practically the entire front is plated with armor of the thickness of 152mm and, if you do not pack a cannon that is strong enough, you should not attack this vehicle from the front, nor from the back. The exception are the tracks, which cover the poorly protected hull. With the cannon, of the penetration value of, around 130mm, you can attempt to attack them from the front and hope that your shell manages to penetrate the internal armor and deals damage. The side of the hull, after it is angled, is just as resistant to direct hits as the front. Due to that, it is necessary that you attack this tank while at an angle of 90 degrees to it. The rear armoring is very weak and it can be penetrated, practically, by any cannon.

The front of the Churchill VII's hull is as resistant as the hull, and the sides are protected with, only, 95mm of armor. Unfortunately, the links of the tracks are suspended down from it, which increases resistance to fire - hitting any of them will deal no damage to the enemy.

...as the driver of the Churchill VII?

...against the Churchill VII?