The FV4202 is another universal tank available for the British. This tank, as an improvement on the Centurion Mk.7/1, introduces several changes, in comparison with the predecessor. It is lighter and better armored, its turret has a new shape and the time necessary to reload, between individual shots, is shorter. These changes allow this tank fit between the other tier ten medium tanks, while not affecting its playing style - the experienced drivers of the Centurion tanks will feel at home with the FV4202.

FV215b has the elite status from the very beginning. 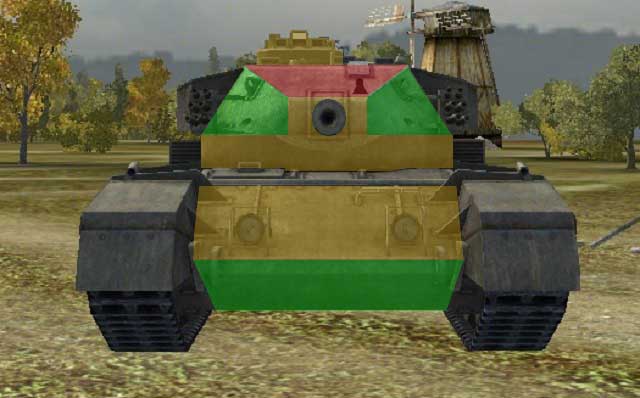 Although the FV4202 is a bit smaller than the Centurion Mk.7/1, its hull is still quite poorly armored. The only discernible change is the increased angle of the front armor plate, thanks to which it is capable of repelling some of the shells fired by the vehicles of tier eight. The lower armor plate and the sides of the hull, are still vulnerable to any enemy fire. The turret of the FV4202 is, unfortunately, weaker than in the case of the Centurion tanks, because it has not been fitted with cannon armor. In spite of the increased angle of the front armor, it is much easier to penetrate than in the case of the predecessor.

Direct hits into the vehicle's front often damage the ammo compartment and the engine is located at the hull's rear.