The Centurion Mk.7/1 is the logical successor of the Centurion Mk.I tank. Practically every element has been improved here: it has better glacis plate, a stronger driving unit and, which is the most important, it has the best cannon available for tier nine medium tanks: the 105mm Royal Ordnance L7A1. This vehicle drives identically with the predecessor, but thanks to new armament, it is capable of damaging any vehicle in the game. Additionally, the availability of the HESH ammo, for this tank, allows it to deal damage at the cost of the penetration value - these shells allow it to win one-on-one duels with the other tier nine medium tanks.

The first module that it is necessary to install, is new suspension. Only after that, will you be able to mount the OQF 20-pdr Type A Barrel cannon (or the Type B, if you have already developed it for the Caernarvon). Now, you should unlock a new turret and the 105mm Royal Ordnance L7A1 cannon. The Rolls-Royce Griffon engine (available also for the Conqueror and the FV215b) and the radio are supposed to be unlocked as the last. 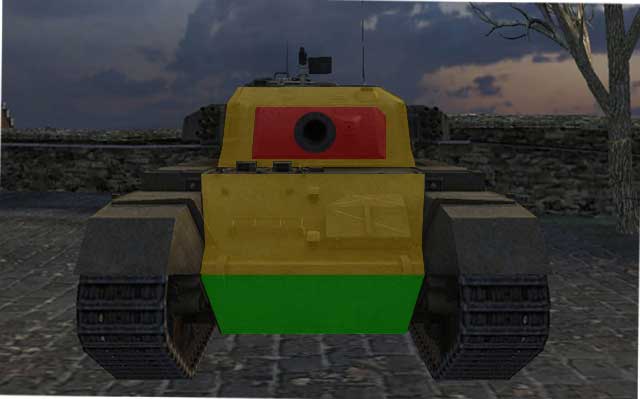 The armoring of the Centurion Mk.7/1 is identical with the one in the Centurion Mk.I, apart for one slight exception: its glacis plate is 121mm thick, which sometimes allows it to repel shells of the penetration value of 175mm, and protect the vehicle from fire from light tanks. The turret of the vehicle is equipped with a very thick cannon armor, which is impenetrable for most weapons. If you know how to reach the enemy tanks' weak points, you can try shooting at the roof of the turret, right above the cannon armor.

Direct hits into the vehicle's front often damage the ammo compartment and the engine is located at the hull's rear.