The Centurion Mk.I starts a line of British universal tanks - vehicles of good mobility, the highest penetration value, among tier eight tanks and large firepower. This vehicles, just like its predecessors, is poorly armored and is quite bulky but, thanks to the perfect gun elevation, and thick cannon armor, it is capable of conducting fire from behind elevations or ruins, while exposing the most resistant part of its armor. This vehicle is similar to the American Pershing, in the way it plays.

First of all, you should develop the OQF 17-pdr Mk.VII cannon (it can be unlocked while playing the Black Prince heavy tank). Then develop: better suspension, a new turret and a new OQF 20-pdr Type A Barrel. After you re-equip the vehicle, you can complete developing the remaining modules. 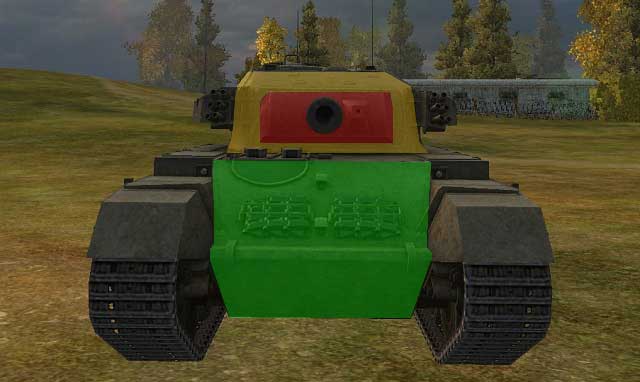 Just like with the remaining British medium tanks, the hull's armoring is no obstacle for the shells fired at you. The Glacis plate can, occasionally, repel a shell, but this happens extremely rarely. The turret of the vehicle is equipped with very thick cannon armor, which is impossible to be pierced with most cannons. If you can hit weak points of the enemy vehicles, you can attempt firing several shells at the roof of the turret, right above the cannon armor.

Direct hits into the front of the vehicle often damages the ammo compartment, and the engine is located at the hull's rear.

...as the driver of the Centurion Mk.I?

...against the Centurion Mk.I?