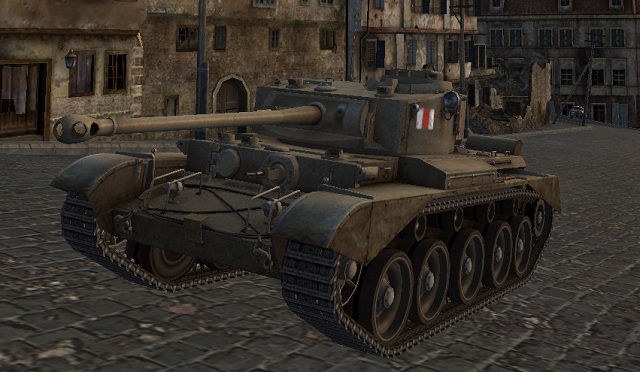 In comparison with Cromwell, the Comet is a much slower vehicle. Its armor is still very weak but, after you have unlocked all of the upgrades, it gains its greatest advantage - the turret with armor plating to the cannon. This is this module that, in combination with excellent depression of the cannon,, and reliable mobility, makes this tank one of the best tier seven tanks. In spite of being equipped with quite weak cannon (it is necessary to have a dozen-or-so subcaliber shells) in good hands, this tank is capable of flanking and destroying heavier opponents with ease.

From the very beginning, you have access to the 75mm Vickers HV cannon and the Rolls-Royce Meteor Mk.IVB engine, which you have developed for Cromwell. The next step is to develop improved suspension, the turret and finally, a new cannon. 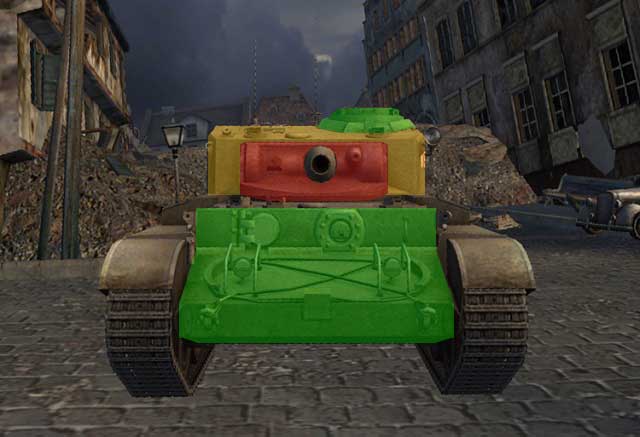 Just like in the case of Cromwell, the Comet's hull is incapable of stopping, virtually, any shell fired against it. The improved turret (1150 health points ) has a very thick armor plate that is capable of repelling even the largest-caliber shells. It is the only strong point in this vehicle's armor and, unfortunately, often the only fragment that you will be capable of firing at.

...as the driver of the Comet?