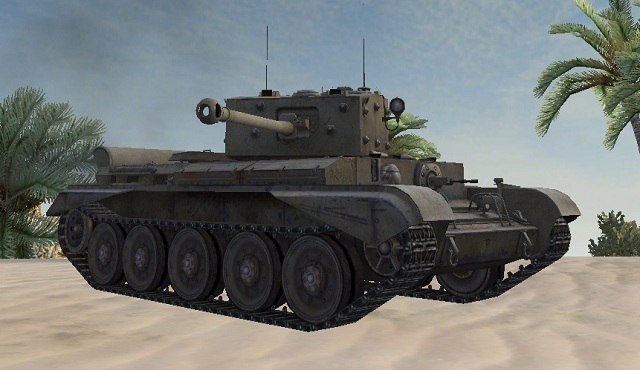 Cromwell is the fastest medium tank available for the British technology tree- it can easily reach the speed of 64km/h. Unfortunately, to reach this speed, it is necessary to give up on the heavy armor, which results in the susceptibility to being penetrated by any enemy encountered in the battlefield. This unique combination of a light and medium tank is one of the most interesting vehicles of tier six, available for the players, and probably, the most pleasant to handle. The available cal. 75mm Vickers HV cannon has no great penetration value but, if combined with the easiness to flank the enemies, it is sufficient to destroy the encountered enemy tank.

Some of the modules used by the Cromwell can be developed on the earlier Crusader and the Valentine Mk.III tanks (heavy tanks branch). After you have mounted the 6-pounder Mk.V (L/50) cannon, you should develop a new driving unit: Rolls-Royce Meteor. Here, you can choose to develop a better engine: the Rolls-Royce Meteor Mk.IVB, or to increase your tank's firepower, by unlocking the turret and mounting the 75mm Mk.V cannon. To be able to use the best weapon available for you, (75mm Vickers HV) you will have to improve on your suspension. The final step is concerned with unlocking the radio. 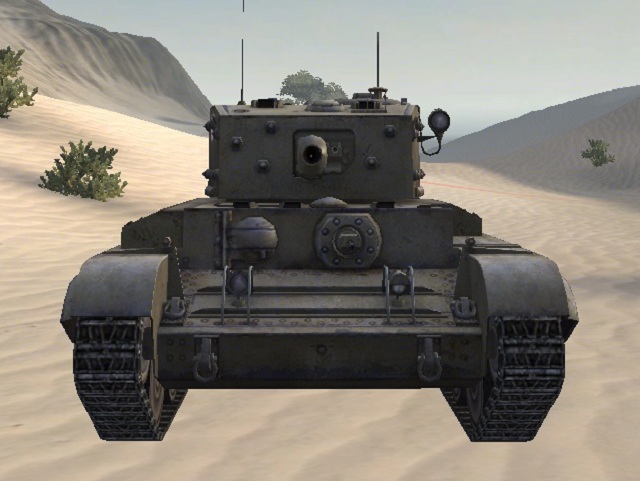 Except for the front of the turret, which can sometimes repel a low-caliber shell, if angled properly, this tank is incredibly easy to penetrate. The 64mm armor is no protection, against cannons of tier five or six, to speak of.

...as the driver of the Cromwell?