The AMX 50B is another one in the line of the French heavy tanks. At first glance, it is no different from the AMX 50 120 - the same cannon and equally poor armoring (save the Glacis plate), but there are several crucial details weighing in favor of this tank. Better elevation arc, better driving unit and reliable front allow this tank to implement new tactics in the battlefield.

AMX 50B has the elite status from the very beginning. 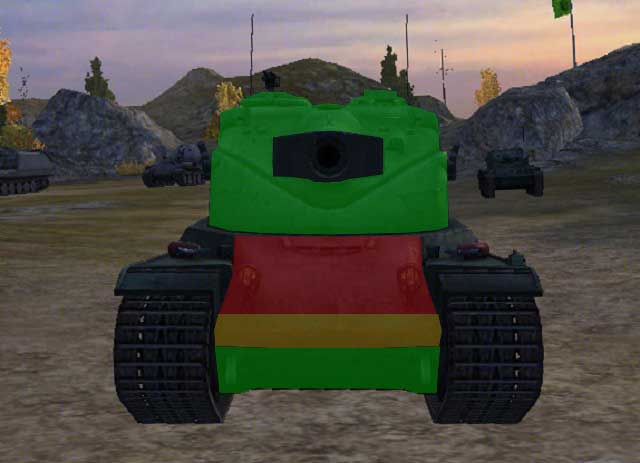 The AMX 50B is poorly armored: both its hull, and its turret, can be penetrated by any tank that it encounters in the battlefield. Only the glacis plate is resistant enough to repel, often, shells fired by vehicles even of tier ten. This is why, the best target is, always, the back of the turret. Hitting the vehicle on the back may set it on fire and direct hits into the turret often damage the ammo compartment.