AMX 50 120 is an improved version of the AMX 50 100. It has a bit better glacis plate and a much better cannon than its predecessor. It still has access to the revolver magazine: while using the 100mm SA 47 cannon, your salvo consists of 6 shells - the more modern 120mm SA 46 is only capable of firing four shells before you need to reload. The playing style is similar to what you have been doing on the AMX 50 100.

The AMX 50 120 can, from the very beginning, use the 100mm SA 47 that you have developed earlier. The next step is either to develop the 120mm SA 46 cannon, or the Saurer engine. Unfortunately, the low load capacity of the basic suspension makes it impossible to install modules or a better radio. This is why it is the net element that requires modernization. 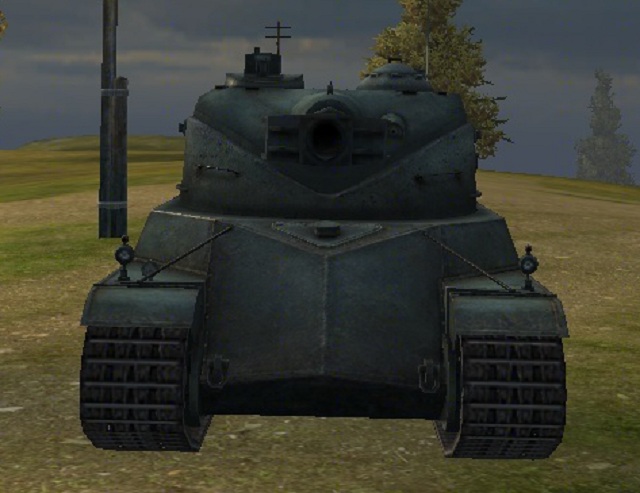 Just like all the tanks of this series, the AMX, AMX 50 120 has very poor armor. Both its hull and the turret, can be penetrated by any tank that it encounters in the battlefield - only the Glacis plate is, occasionally, capable of repelling an enemy shell but, in the HEAT of the battle, you should not rely on it. Direct hits into the back of the vehicle can set it on fire and, hits into the turret, often damage the ammo compartment.