The AMX 50 100 is a French heavy tank available right after you develop the AMX M4(1945). Unlike its predecessor, it is much faster equipped with the unique revolver magazine This allows you to prepare six rounds beforehand, and fire them all within shorts intervals of 2 seconds. Thanks to this, the AMX 50 100 is capable of dealing as much as 1800 points of damage within 12 seconds, which destroys any opponent in one attack. Unfortunately, due to the ammount of ammo that this tank uses up, the reload times are much longer - it takes 40 seconds to prepare this tank to attack. 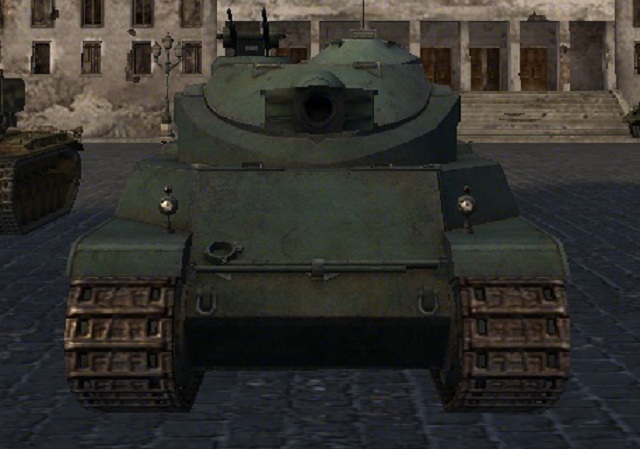 As a descendant of the AMX M4(1945), the AMX 50 100 also has very poor armoring. Both its turret and its hull can be penetrated by any tank that it may encounter in the battlefield - only the glacis plate is capable of occasional repelling an enemy shell but, in the HEAT of the battle, you should not rely on it. Direct hits into the rear of the vehicle can set it on fire, direct hits into the turret, often damage the ammo compartment.