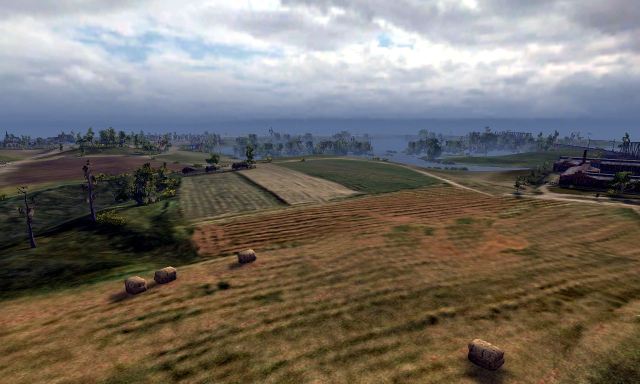 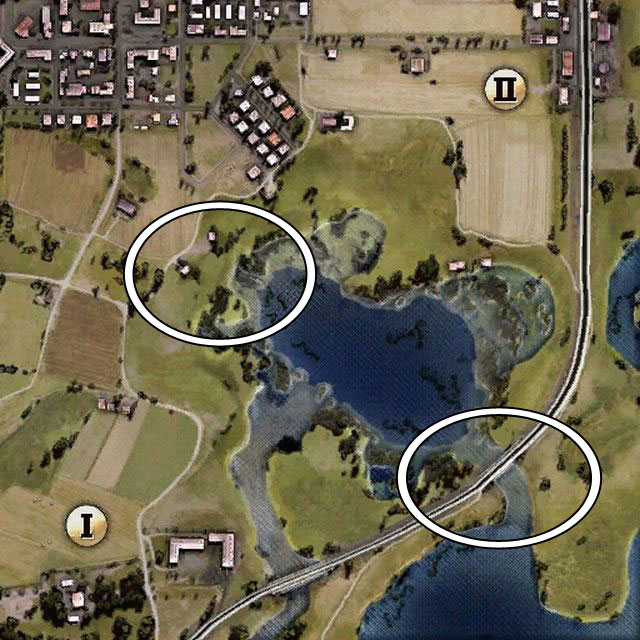 Reconnaissance on the Live Oaks map is mainly based on the active one, the positions for which have been marked on the map above. The scouts' task is to spot tanks in the city and on the bridge, to make quick fire, from tank destroyers, possible. A scout should not allow himself to be destroyed too quickly, because he will be needed by the squad, on this map, throughout the entire battle. 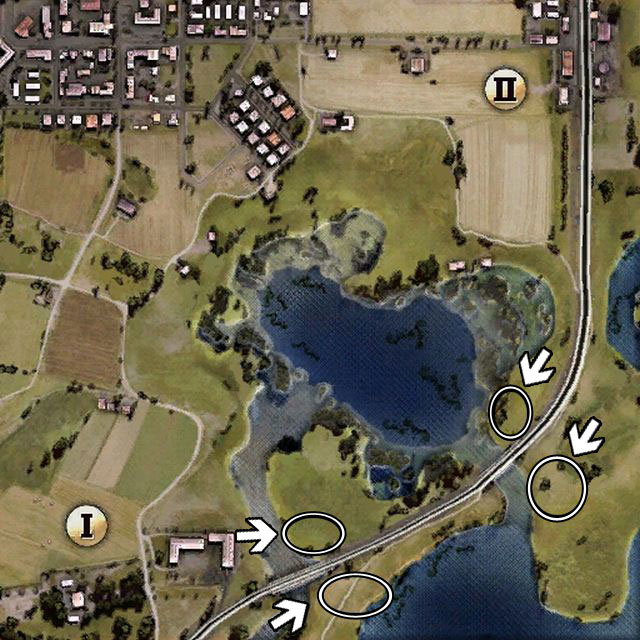 The task of the medium tanks is to attack the enemy base through the railway bridge. This attack is based, mainly on sticking out from behind a natural obstacle, taking a shot at the tank highlighted by the scout and hiding again to reload. Medium tanks can also help the squad in the city, but this is recommendable only if you are at an advantage there, and the way through the bridge is well-guarded. After the enemy has secured the city, medium tanks should defend the base from their positions on the railway embankments, while staying out of reach of the enemy vehicles. 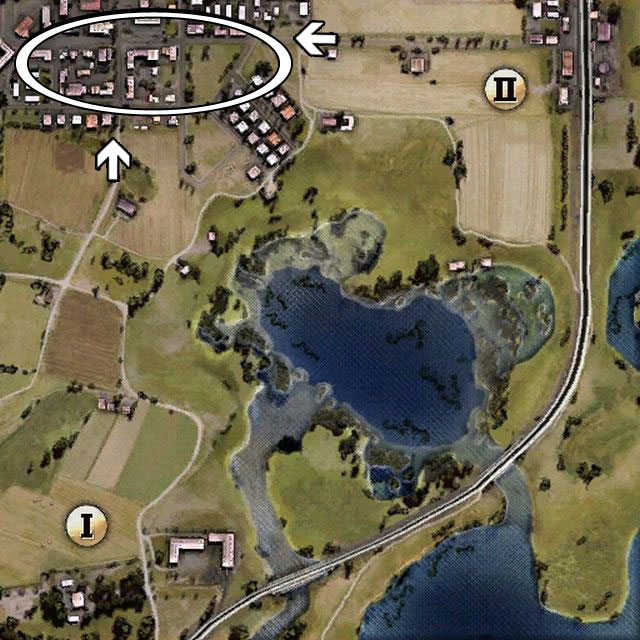 Heavy tanks should secure the city, as quickly as possible, where they can hide from artillery ire and attack from the enemy base. After the city is secured, the scout should detect the positions of the enemy destroyers, after which the heavy tanks destroy the detected vehicles. After that, you can easily attack the base, while taking precautions against destroyers and medium tanks, staying behind the embankment and buildings. While crossing an open area, you should do this as quickly as possible, because you then become an easier target for both the artillery and the tanks protecting the base. 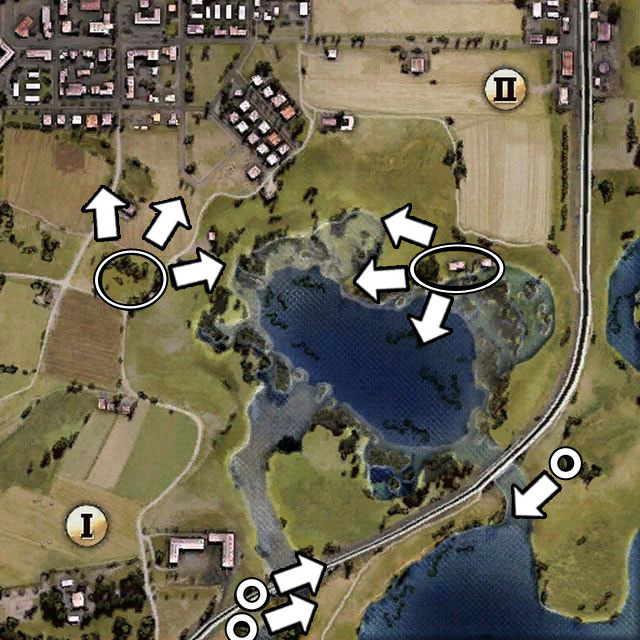 The main tactic for tank destroyers is laying fire down on the enemy units that enter the city or go across the railway bridge. The positions in which you are supposed to conduct fire against the enemy units, have been marked on the map above. Once the enemy secures the city, tank destroyers should retreat to the buildings near the base and put up an effective defense from there. The important element, which allows for the effectiveness of tank destroyers, is a well-conducted active reconnaissance.