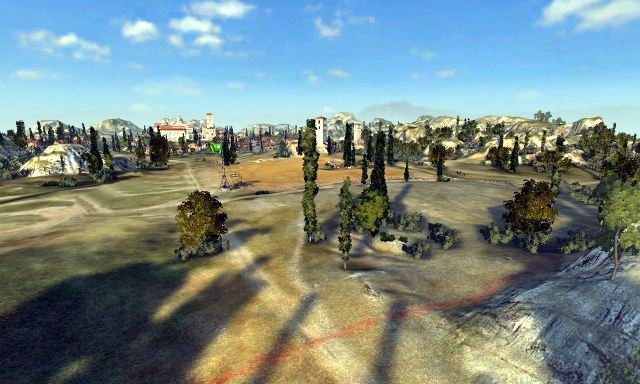 In the middle of the map, there is a big abbey, surrounded with developments, through which you can launch a high-speed attack. Securing the abbey may be an important element that leads to victory. At the eastern side of the abbey, there also is a road that can be used to ride around the buildings and flank the enemy. At your disposal, there also is the canyon on the West, which provides cover from artillery fire, as well as a road alongside the cliff to the east. The bases are located on hillocks, which allows for effective defense. 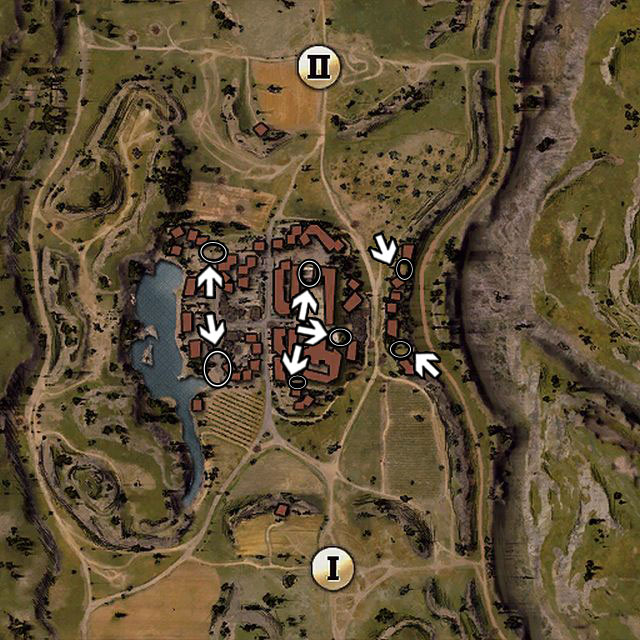 The basic positions for scouts.

On the Abbey map, light tanks are, predominantly, responsible for active reconnaissance - detection of the enemy at the bottom of the canyon and o the cliff. There are also positions for passive reconnaissance - they have been marked on the map above. The main task of light tanks is to show your team the route that the main enemy forces are taking. To conduct a good reconnaissance, You need to secure the abbey as quickly as possible, which will provide enough range of vision to detect the enemy forces in motion. 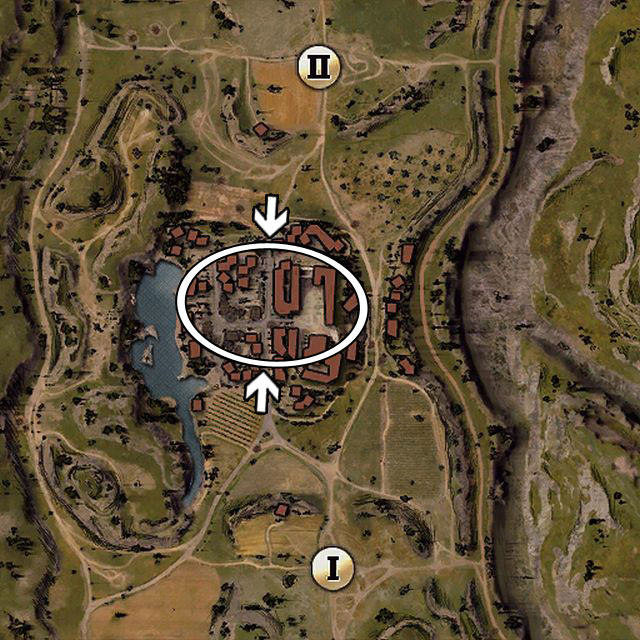 The main task of the medium tanks is to secure the abbey, from where to conduct effective fire at the enemy units. The important task is also to serve as support to heavy tanks of your squad, which fight in the canyon. After you have secured the abbey, you can shoot at the tanks on the Eastern side of the canyon. Also, from the abbey, while on a medium tank, you can support your units that defend the base because the attacking enemy (who approaches from the canyon or from the cliff) is turned with its side, or the back to you. While moving among the buildings, you are protected from artillery fire. 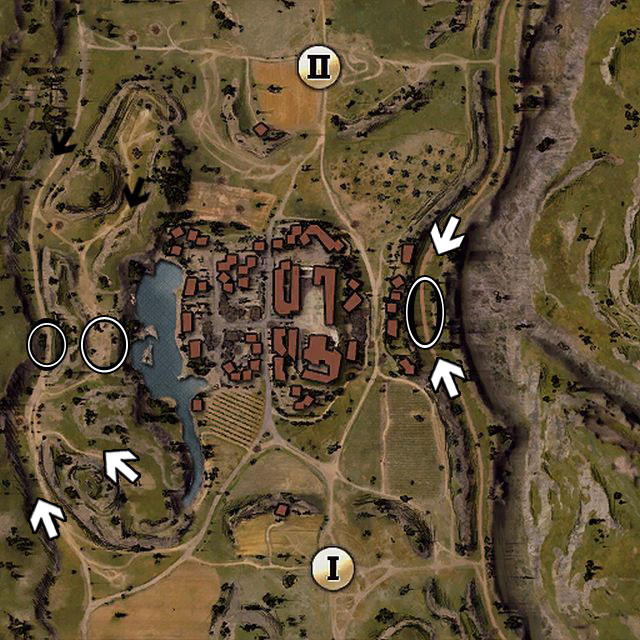 The task of heavy tanks is to secure the canyon on the West and attack from the cliff on the East. After you have secured the area, you can attack the enemy base, while flanking the defending vehicles, at the same time. You need to watch out for the tanks in the abbey, which you are turned with your side, or with your back, at. A quite interesting tactic is, after you have secured the canyon, destroying tanks in the abbey, while staying in the canyon. While playing with a heavy tank, you need to watch out for artillery, which is mainly focused on firing at the cliff and the canyon. 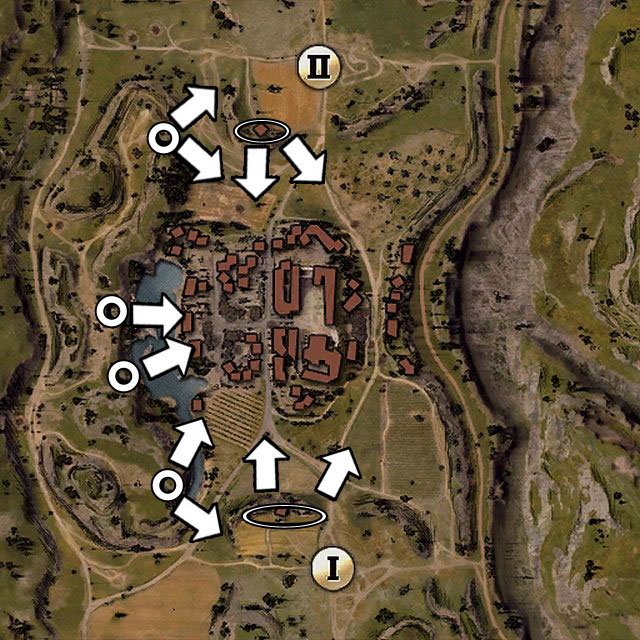 The task of tank destroyers is to defend the base. The main positions have been marked on the map above. The arrows represent the possible places for conducting fire. While staying at the base, you can use thickets next to the building, and from there, conduct an effective defense of the base, against the vehicles crossing the abbey grounds. After you secure the canyon, you can move your destroyer to the positions marked on the map and serve as a support for your units trying to secure the enemy's base.