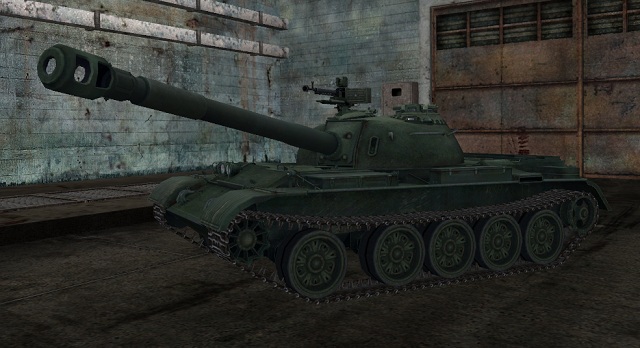 Just like in the case of the majority of Chinese tanks, the WZ-120 is a copy of the Soviet T-54. From the shape of the hull and the turret, to the driving statistics, this vehicle is deceptively similar to its Soviet counterpart. However, this is where similarities end. The Chinese tank has one feature that is missing in medium tanks of the remaining nations: a modern cal. 122mm 60-122T cannon. Not only does this cannon deal damage of 440 points, but also has an excellent armor penetration value. Unfortunately, just like in the case of the T-34-2, the angle of its vertical operation is low, which will often make you search for an appropriate position to shoot. The tank is a perfect "niner" that is capable of fighting with vehicles of the other nations on equal terms. It may be an interesting bit of information, for some, that the WZ-120 and the Type59 were, in fact, the same vehicles.

The development of the WZ-120 is long and burdensome, and it requires a lot of experience points. Before you take to this tank, I recommend that you develop all modules for: WZ-132, 110 and unlock a tank of the tenth tier: 112.

Your first step should be mounting the best equipment currently available for you, onto the new tank. Then, you need to unlock new suspension and turret, as quickly as possible, to be able to mount better armament. Some of the equipment makes it over to the WZ-120 from the other vehicles:

After you have installed new suspension, turret and armament., you can develop the last engine, and start gathering experience points to unlock the 121 medium tank. 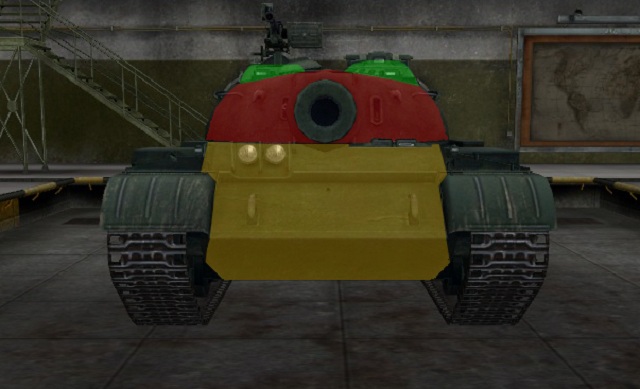 Unlike in its predecessors, the hull in the WZ-120 is quite well armored, which ensures some extent of protection from tier VII vehicles and, after it is angled, it will often be capable of repelling the shells fired from tier VIII tanks. Unfortunately, the sides are very vulnerable to damage, due to which, angling the vehicle, at too wide an angle, allows the enemy to deal damage to you.

The turret of the WZ-120 is very resistant to fire and only cannons of the penetration value of 250mm, or higher, will be able to penetrate it on a regular basis but, even in this case, if improperly aimed, the shell will ricochet anyways. You need to watch out for the cannons of tier X tanks, and especially, for tank destroyers, because they will be easily capable of dealing damage to you.