After the excellent T-34-1, there comes a disappointment. The T-34-2 is only a slight improvement of its predecessor: it has a bit better cannon and a more durable turret but, the hull's armor leaves much to wish for. This tank, just like the Soviet T-44, can use the cal. 122mm cannon but, this is not the best choice to make - this cannon has very low rate of fire and long focus times. This is why, each shell you fire is worth its weight in gold. Due to the thicker armor of the tier VIII vehicles, the driver of the T-34-2 will have to attack all enemies from the back or from behind. Only the few users of the 122mm cannon, who use premium shells, will be capable of penetrating the glacis plate of the heavy tanks that they encounter. The 122mm cannon has one major flaw: very low vertical operation angle. Due to that, this tank performs better while fighting in cities and on flat surfaces.

You should purchase the T-34-2 only after you have obtained all of the modules on the IS-2 heavy tank. The first step should be to mount the 12150LS engine. Then, you need to unlock new suspension and the turret. Only now, will you be able to mount a more effective 85mm 59-100T cannon, or the 122mm 37-122JT that you know from the IS-2 . 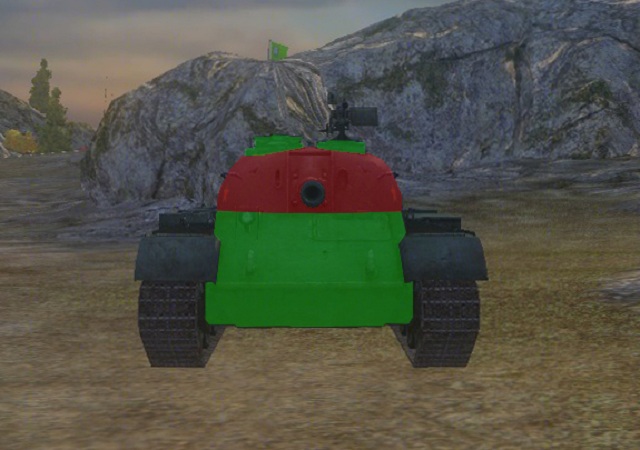 The armoring of the hull, of the T-34-2, is not much different from the one on the T-34-1. The glacis plate is thicker now but, in spite of that, it is still too little against enemy fire.

The turret received additional 10mm to its armor (now, it is 180mm thick) which, in combination with its shape, allows for repelling most of the shells fired by tanks of the seventh and the eighth tiers. This protection is, however, insufficient against tanks of higher tiers.