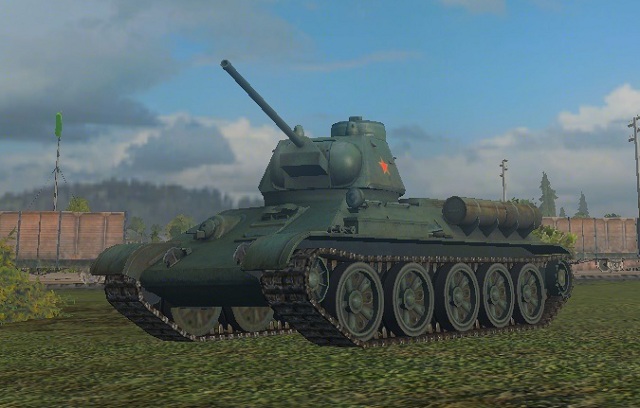 Type T-34 is a Chinese copy of the Soviet T-34. This tank is identical, in nearly every respect, with its original - the only important difference is the worse possibility to lower the cannon, in the Eastern tank. This vehicle is universal and it can fight both at short range, by circling around the enemy and by attacking at long range, thanks to the accurate 57mm 55-57FG cannon. This tank is very fast and it reaches the top speed quickly. Its armor and the average number of health points, is enough to fight vehicles of the same tier. Just like the Soviet T-34, Typ-34 is capable of influencing the outcomes of battles and lead its squad to victory itself.

The path of development of the Type T-34 is not too complicated. You start by improving on the suspension, to unlock a new turret and the 57mm 55-57FG canon afterwards. Now you can unlock the missing engine and the radio.

You should notice the following relations:

Since the new engine does not have any considerable influence on the Type T34's performance, you can easily use the above facilitations. 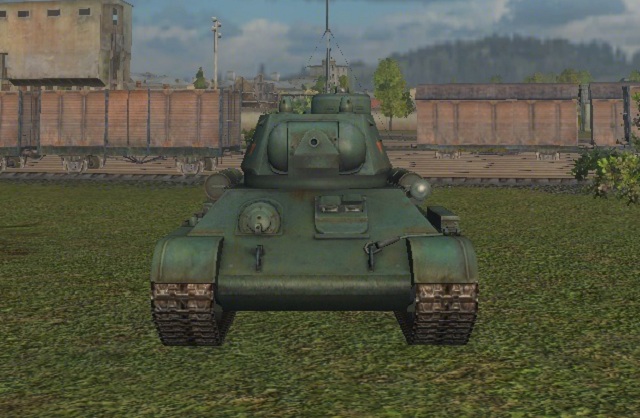 The armor of the Type T-34 only makes it possible to repel some of the shells fired by the tier three and four vehicles - while in combat with equal enemies, it does not ensure appropriate protection. The glacis plate and the side armor can be easily penetrated by cannons of the penetration value of 80mm. The turret is only minimally more durable than the rest of the tank - the fifth tier cannons will have no problems piercing it, without taking into consideration the fatal direct hits into the spots, where there is the turret's front armor under the cannon armor.