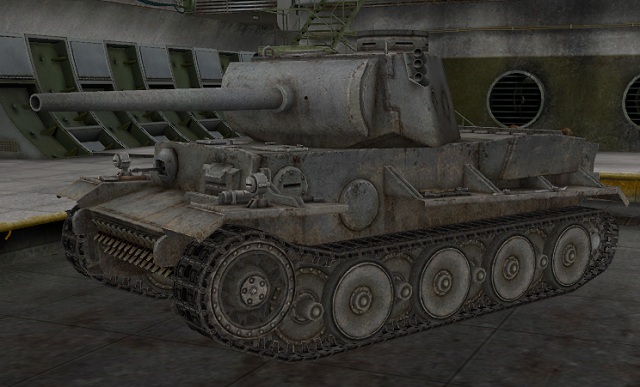 Just like its predecessor, the VK 36.01 (H) is a quite slow vehicle with considerable number of health points, and armed with the effective 7.5/5.5cm Waffe 0725 cannon. Fortunately enough, unlike the VK 30.01 (H), it has an excellent armor capable of withstanding the fire of vehicles of the same, or a higher tier. Only the Soviet 122mm cannons are a serious threat for this vehicle. This tank is one of the best tier VI vehicles in the game; a driver that manages to harness this vehicle, will have no problems driving German vehicles of the higher tiers.

Your first step should be to develop and mount the 7.5/5.5cm Waffe 0725 cannon- you are going to use it for the whole time that you spend playing with the VK 36.01 (H). Then, you can unlock a new turret (this will provide you with, as many as 190 additional health points!) or new engines. Now, the only thing that you need to do is develop new suspension and the rest of the missing modules. If you are not going to use the 7.5cm KwK 42 L/70 cannon, you can skip the step of developing it - it will unlock automatically, after you have developed the Pz. Kpfw. VI Tiger. 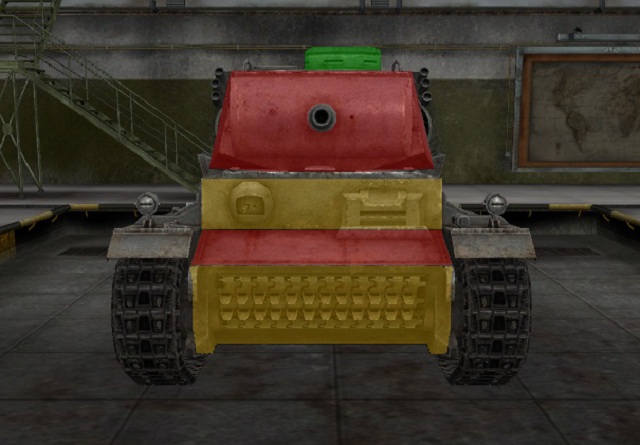 As for tier VI, this tank is exceptionally well armored. The whole of the glacis plate (and the lower plate) are 100mm thick, which is why, if you fire frontally at the VK 36.01 (H), you should make sure that you have a sufficiently effective cannon and that the enemy has not angled the armor. Otherwise, it is better to flank the slow German tank and lay fire at its vulnerable sides.

The turret of the VK 36.01 (H) is even more difficult to pierce than the hull. Depending on the cannon that it uses, the thickness of its armor varies. In the case of the 7.5/5.5cm Waffe 0725, it is 100mm thick, which allows it to repel the shells of 150mm piercing value. The cal. 88mm cannon has the armor of the thickness of 135mm. While attacking the tank from the front, it is best to aim at the cupola - it is quite poorly armored, which is why most of shells fired at it will damage the vehicle. The sides and the rear of the turret are easy to damage, because they are protected by mere 80mm of steel.