Unlike the prototype, the mass-production Leopard has a bit better cannon of swift focus time, perfect accuracy and high rate of fire. Apart from that, the characteristic feature of this tank is the extraordinary range of vision, and good angle of vertical movement for the cannon, which allows it to conduct fire from behind elevations. The flaws? Just like in the predecessor,: the armor that cannot protect you even from the fire of light tanks and high susceptibility to module damage. Apart from that, the tank is perfect as a scout and the squad sniper. Playing with the Leopard 1 requires of the player perfect knowledge of the map and of enemy vehicles - unfortunately, this vehicle is not forbearing.

The Leopard 1 has the elite status from the very beginning. .

Skills and perks: sixth sense for the commander, repair for the rest of the crew. Then, brothers in arms or camouflage for the entire crew. 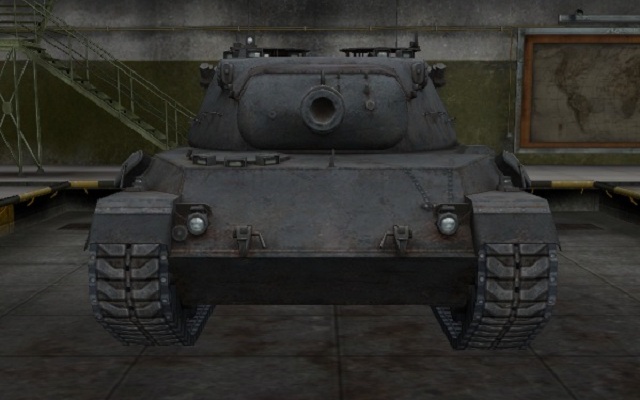 The Leopard 1 has no armoring that would, in any way, protect it against the tanks it encounters. The only thing is that shells aimed at the cannon armor may ricochet sporadically.

The ammo compartment is at the front side of the hull (!) with the engine at the back. Several quick direct hits into the front of the Leopard 1 should blow the vehicle up.