Leopard prototype A is another unique medium tank available for the Germans. This vehicle has practically no armor (70mm on tier IX often will not even protect you from high explosive shells) but instead, what is characteristic for it, is the high top speed and mobility - one of the highest in the game. Apart from that, the vehicle has been equipped with a modern 10.5cm L7A1 cannon, which deals large damage and is capable of piercing any armor in the game. Among the flaws of the Leopard prototype A, you should count a quite long aiming time and poor vertical angle of the cannon's movement, thanks to which, this tank is better suited for combat in open plains. The vehicle is very difficult to drive and I recommend it only for the most experienced players.

Start developing the Leopard PT A by unlocking a new 10.5cm L7A1 cannon, and then, the MTU MB 838 CaM 500engine. After that, you need to fit it with the missing modules by a new turret and suspension, then the radio.

Skills and perks: sixth sense for the commander, repair for the rest of the crew. Then, brothers in arms or camouflage for the entire crew. 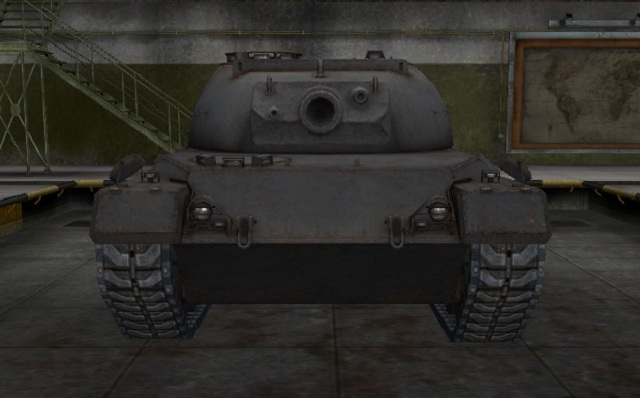 The Leopard PT A has no armor which would protect it in any way, from the tanks it encounters. Only the shells aimed at the cannon armor may ricochet sporadically.

The ammo compartment is located in the front part of the hull (!), with the engine at the back. Several quick shots at the Leopard PT A are capable of blowing the tank up.

...as the driver of the Leopard PT A?

...against the Leopard PT A?