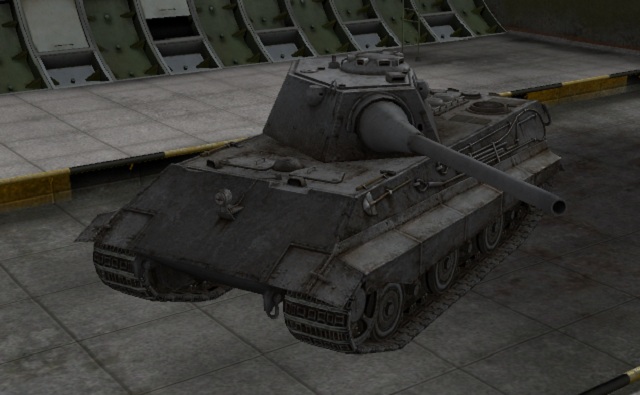 The E-50 is the heaviest medium tank in the game and, at the same time, one of the most effective vehicles available for the Germans. This vehicle has an excellent armoring which, in combination with high number of health points, allow it to withstand even concentrated enemy fire. The reliable armament in the form of the 10.5cm KwK 45 L/52 cannon, allows it to damage the enemy, and the damage of 390 points is comparable to the one dealt by heavy tanks. The E-50, in spite of quite low engine power (in comparison to its weight) can reach the top speed. It is one of the few machines that can easily ram into nearly any enemy in the game. Ramming a medium tank, at full speed, can often claim even half of the enemy's health points.

The E-50 is one of the most demanding and the most difficult tanks, to develop, in the game. Not only does it require a lot of experience points, but also patience - for the most part of the game, you will be driving an irritatingly slow, poorly armed and damage-prone tank Fortunately, when fully equipped, the E-50 more than makes up for all of these shortcomings.

There are two development paths for this tank . The first one is longer, but it allows you to develop fully the role of the sniper and damage heavily-armored vehicles: it consists in rapid development of the 8.8cm KwK 46 L/100 cannon. The other path is shorter by 43500 experience points but, for the next 105000 experience points, you will be driving a vehicle that is comparable to, if not worse than the Panther II.

Regardless of which option you select, your first (or second, if you have chosen the 8.8cm KwK 46 L/100 variant) step, will be to develop the Maybach HL 234 TRM P30 engine, which will ensure you with enough power to move this colossus. Now you need to focus on the turret that will ensure you with additional protection and additional health points. The final step for you to take is mounting a new 10.5cm KwK 45 L/52 Ausf.B cannon. 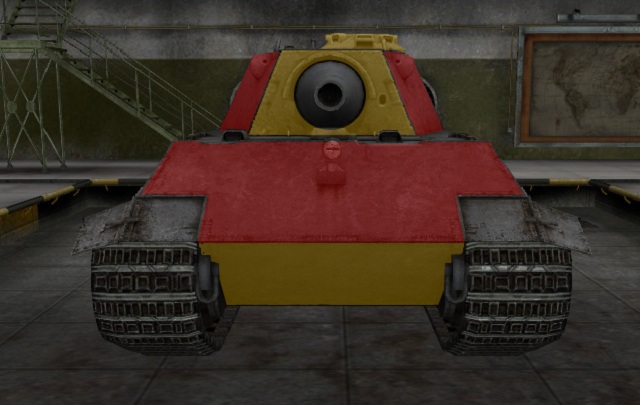 The glacis plate of the E-50 is a 150mm steel plate inclined at a considerable angle. This fragment is practically impossible to damage, apart from some of the tier X cannons. Fortunately enough, the lower fragment is merely 100mm thick, thanks to which, cannons of the penetration value of 200mm, or higher, will be capable of damaging it. The sides and the rear are quite vulnerable to impacts, because they are protected merely by a 80mm thick armor.

The turret of the E-50 is similar in shape, to the one that you can see in the Pz.Kpfw.V Panther and Panther II. Its front plate is 185mm thick, but it is small, due to which the majority of shells impact either the thick cannon armor, or the side armor, which is inclined at a big angle: this will result in a ricochet and you will deal no damage to the enemy. While attacking the turret, you either need to take a good aim (this is usually possible as late as in close combat), or to aim at its sides, of the rear.