One of the legendary tanks of World War II and, unfortunately, a major disappointment. Just like the VK 30.02 (M) is a perfect frontline tank, the Panther is a vehicle that will have to avoid direct encounters with the enemy. The high accuracy and penetration value of the 7.5cm KwK 45 L/100 cannon, allows this vehicle to assume the role of the squad sniper. Unfortunately, low damage that the cal. 75mm cannon deals, means that most of the enemies that you attack will manage to retreat and hide behind a natural obstacle. Due to the poor armor and high susceptibility of modules to damage, this tank should avoid frontal fire exchange with the enemy. On the other hand, thanks to the big pool of health points, the Panther can lead an onslaught and take on several shells, which would otherwise destroy the other tier VII tanks.

The development of the Panther is straightforward. You start by unlocking and mounting a new 7.5cm KwK 45 L/100 cannon. Now it is down the slope: new suspension, the turret and all the modules that are mission (if you haven't unlocked them yet with the other tanks). 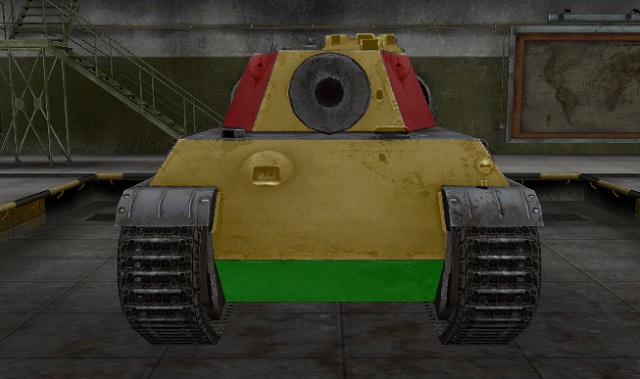 The Panther's glacis plate is identical with the on in the VK 30.02 (M). It is now 85mm thick, thanks to which, after you angle the vehicle, you will be able to repel shells of penetration value up to 150mm. The sides and the rear are, as always, vulnerable to fire.

The Panther's turret is quite resistant to impacts. Its front plate is 120m thick but quite small, and the majority of shells will hit either the thick cannon armor or the side armor, which is inclined at a considerable angle: as a result, the shell will ricochet and you will not be able to deal any damage to the enemy. While attacking the turret you need either to take a good aim, or target its sides or the rear.

...against the Pz.Kpfw. V Panther?