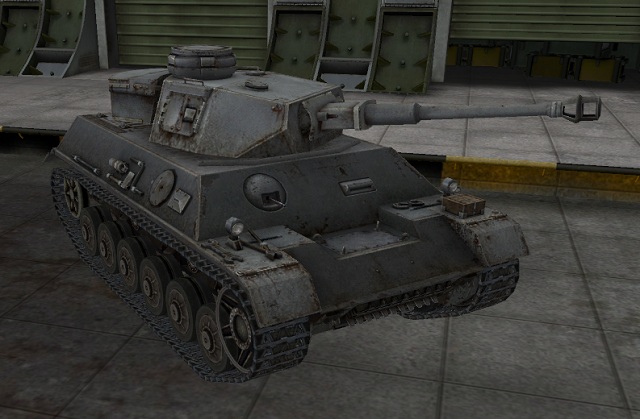 The Pz.Kpfw. III/IV is a tank that combines the elements of the Pz.Kpfw.III and the Pz.Kpfw.IV. As such, it has elements common to both of the vehicles: good mobility and acceleration, and also a decent (as for a medium tier V tank) armor. Unfortunately, the small turret is its greatest disadvantage. It prevents you from mounting the cal. 10.5cm howitzer. This vehicle can well be called the poor brother of the Soviet T-34. If properly used, the Pz.Kpfw. III/IV is capable of influencing the outcome of battles but, you need to remember that you cannot win every fight on your own.

Start developing your Pz.Kpfw.III with installing the engine Maybach HL 120 TRM engine, after which you should develop another driving unit: Maybach 157 P. Now you can improve on the turret and mount the 7.5cm KwK 40 L/48 cannon. The final step is to unlock new suspension and the radio that is missing here. 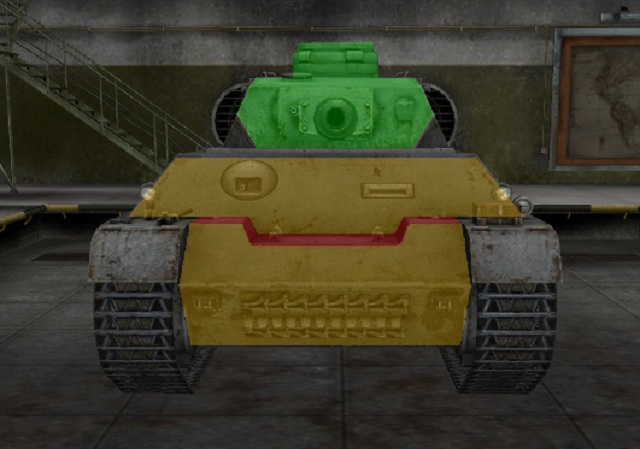 The upper front plate of the Pz.Kpfw.III/IV, thanks to its considerable thickness, and the angle of inclination, can regularly fend off against projectiles fired by the vehicles of a lower tier and, after the tank is positioned at a slight angle, it is also resistant to the attacks of some of the vehicles of the V tier. The sides of the vehicles are also protected with 60 mm thick steel plates. Still, the rear is very vulnerable to attacks.

The turret in the Pz.Kpfw.III/IV is the same as in the Pz.kpfw.IV - does not provide any protection against the enemy fire.

The ammo compartment is located at the back of the turret, and directly below: the engine, typically at the back of the hull. Fires shot into the middle of the bottom-front armor plate are capable of damaging the gearbox and setting the tank on fire.