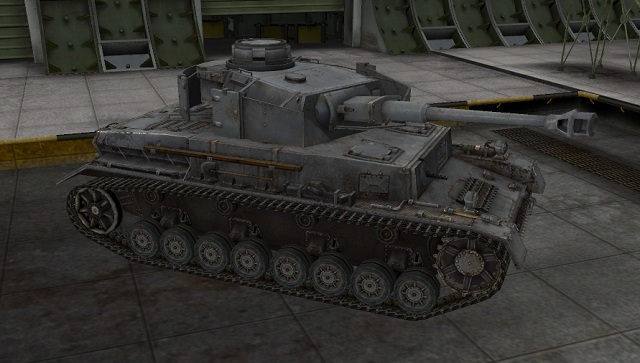 Pz.Kpfw. IV is an universal German medium tank, a counterpart of the Soviet T-34. The characteristic features of the vehicles are the poor armor, medium mobility and a wide selection of armaments. Depending on its equipment, it can it can be used to hunt for the enemy medium tanks (with the cal. 10.5 cm cannon) or to harass the enemy heavy tanks (in this case, use the 7.5 cm cannon). The Pz.Kpfw. IV may not be the best Tier V machine, but it is effective enough to decide about the outcome of a battle.

A brand new Pz.Kpfw.IV is a very weak tank of poor driving unit and armament. The first step should be to install a new cannon: 7.5cm KwK 40/L43, which will allow you to attack Tier V enemies. If you have developed the Pz.Kpfw.III medium tank, you will be able to mount the Maybach HL 120 TRM driving unit straight away. Otherwise, make this your next goal. Now, you can return to improving on the firepower. Ultimately, you will be using the 7.5cm KwK 40 L/48 cannon, or (after you have worked on suspension and the turret) the 10.5cm KwK 42 L/28.

Skills and perks: sixth sense for the commander, repair for the rest of the crew. Then Brothers in arms for the whole crew. 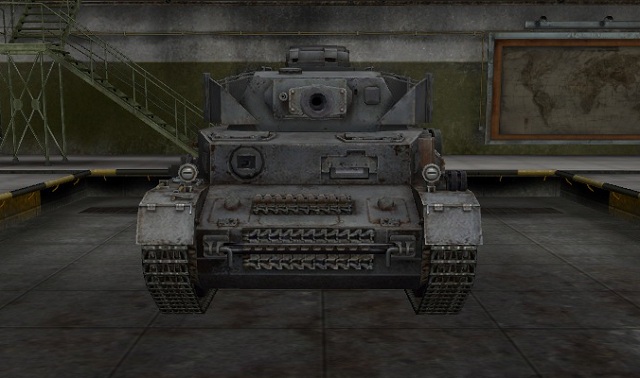 Apart from the armor on the front hull (of the thickness of 80mm), the Pz.Kpfw.IV has no considerable protection against the enemy fire. Both the turret and the back of the hull can be penetrated with any cannon available in the game.

The ammo stash is located at the back of the hull . Firing into the center of the lower-front armor plate can damage the gearbox and setting the tank on fire.