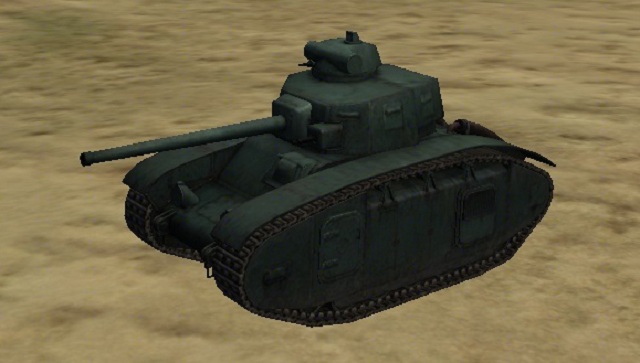 BDR G1B is 5 tier heavy tank, with characteristic, pre-war body. It is poorly armored, slow and with large silhouette - unfortunately it is one of worst tanks in its category, but it is necessary to be researched if we are going to drive better vehicles available for French. The only thing which helps in this case is solid cannon - 90 mm DCA 30, which allows it to fight with same tier tanks.

First we develop new cannon - 75mm long 44 - it is also quite poor, but far better than starting cannon 75mm SA32. After that we research new suspension, Renault T14 engine, new turret and finally the best gun available for us: 90 mm DCA 30. After developing the cannon we research ARL 44 tank.

This tank is badly armored and each 5 tier machine, as well as most of 4 tier vehicles, are able to penetrate it at any point. If we have problems with damaging it, we can shoot at its side - 40 mm of armor can be penetrated even by first cannons available in the game.