IS-3 is the second tank of IS series, available in the game. It is typical tank, used in close combat and to break down enemy defensive positions. Good armor, high mobility, great cannon - all these elements combine together result in probably best 8 tier heavy tank. Mastering this vehicle to perfection is not easy, but fight with it gives lot satisfaction: vary often it is us who decide about course of battle.

When playing IS-3, we have two ways of development: if we can use the 122mm D-25T cannon, we should research ne turret first. But if this gun makes us troubles, we should decide to develop 122 mm BL-9 immediately. Once we have new cannon and the turret, we research other modules and tank IS-8. 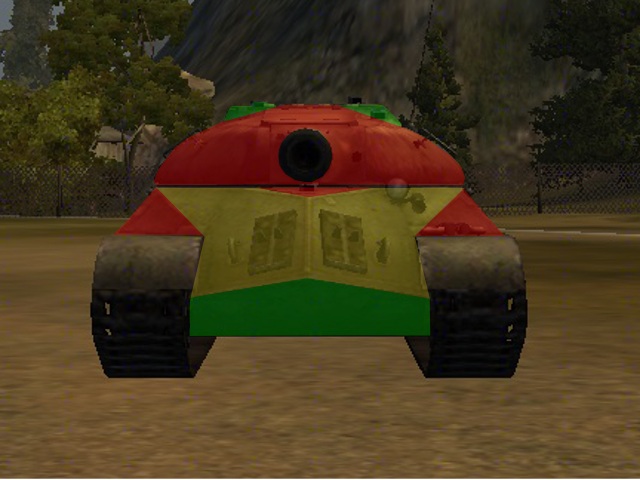 IS-3 is first tank in the game, which uses unusual shape of its front hull armor, so-called pike nose. Despite having only 110 mm of steel on the front, thanks to setting of the top front plate at natural angle, this tank doesn't have to be set at the angle during the fight - it is even not recommended. If we shoot at top plate "chicks", it is best to set our tank at the right angle and shoot the closer one. It is the only possibility to break through with the cannon of 175 mm penetration. Another weak point is bottom front plate. During the fight at 50-100 m distance, if our cannon hasn't at least 200 mm of penetration, we should attack that point. Sides of IS-3 are extremely resistant to fire! This tank owes the durability to the double armor. When shooting at top side plate we hit only 30 mm of steel and there is another 90 mm underneath, set at very high angle, thus attacks at that point can be only carried out with cannons of 225 mm penetration. If the side of IS-3 is set at angle to us, we never shoot it. Even strongest cannons can ricochet on it. Rear of the tank is very vulnerable to attack and there is an engine located under the armor. Ammo rack is located under the turret, thus by shooting from at front and aiming just above the soviet star on the front armor we are able to damage it. This is one of the biggest disadvantages of this vehicle.

The turret is almost indestructible from the front: 220 mm of armor set at high angle will rebound most of shots. In case when IS-3 "hugs" use, we can easily hit and penetrate its commander's cupola. Side armor of the turret is able sometimes to rebound shells, but in most cases it is easy to penetrate.