IS (Iosif Stalin) is the first tank of this series, available for Soviet commanders. Although it is lighter and more mobile than KV-3, it has the same cannon and therefore it is forced to fights at short distance. IS's turret has cylindrical shape which rebounds many shells, but it lacks the thick cannon yoke, which would allow it "hugging" the enemy. Despite that, its increased mobility allows it to easy lean out from behind the cover, shoot and then hide for reloading. In addition, this tank is doing well during flanking enemy positions: it allows to attacks weaker sides, dealing large damage each time.

Assuming that our newly purchase tank has only one unlocked cannon, 122 mm D-25T, which comes from KV-1S, our first step should be researching a new turret and mounting the gun. After that we collect experience for other modules which increase our mobility (engine and suspension). We complete the research tree by developing missing cannons and tank IS-3. 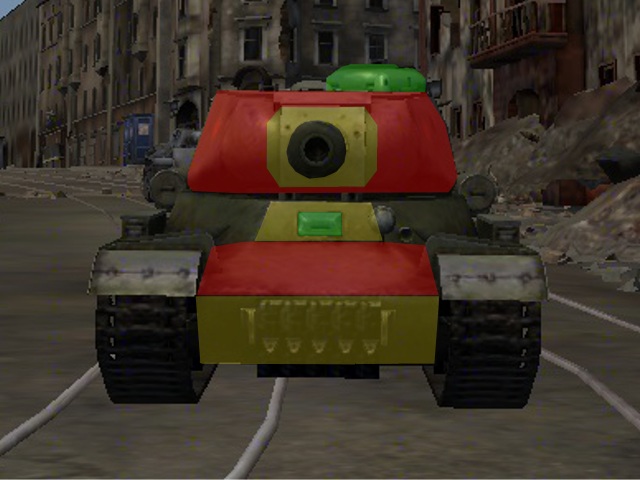 IS is remarkably resistant vehicle and it can stand even hits from largest caliber cannons. Its hull is similar to one present in KV series: vulnerable bottom front plate, hard to break through middle plate and weak top front plate with weak point - driver sight. Sides and rear of the tank are as always vulnerable to fire and the engine and ammo rack are located in standard places.

IS's turret has rounded shape, so even strongest cannons won't penetrate it with the bad shot. If we have cannon with at least 160 mm, we can aim directly at cannon's yoke - most of shells should penetrate it. In addition, commander's cupola is very vulnerable target. Sides and rear of the turret are easy target for bigger caliber cannons.

When fighting with higher tier tanks, we have to flank them, because our front armor won't provide us with adequate protection. The method is to fire a shot and then to take cover to reload.