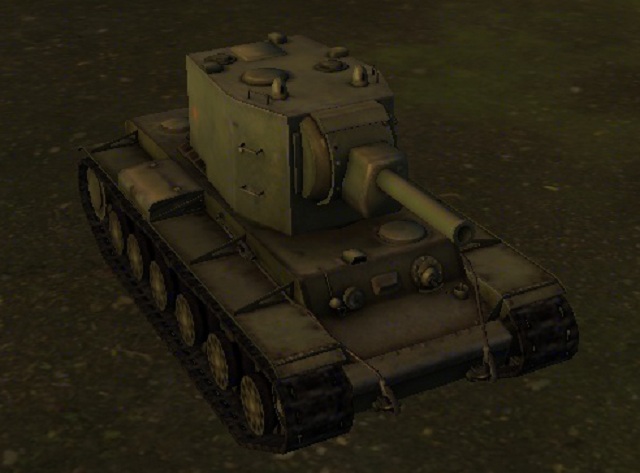 KV-2 is KV-1 with bigger turret capable of mounting new cannon 107mm ZiS-6 or howitzer 152 mm M-10. In addition to new, heavier turret, this vehicle has an access to better engine and has more HP. Selection of the cannon influences our role on the battlefield. 107mm ZiS-6 allows us to hit targets at medium distance and due to its good penetration and huge damage inflicted, it is able to damage and even destroy 7 and 8 tier tanks, not to mention weaker opponents. The 152 mm M-10 howitzer turns this tank almost into artillery. Due to low accuracy it is best to use it at short distance, but there are cases of hitting opponent from 500 meters. Despite the fact, that the cannon can load AP shells, it is better to use HE shells: with 152 mm of caliber, one good hit can destroy 6 tier tank and seriously damage even 8 tier vehicle.

First we have to decide, whether we want to fight at long distance or use the howitzer in a close combat and then research a proper gun. Next step is to research new suspension, the second turret and after than other missing modules and vehicles. 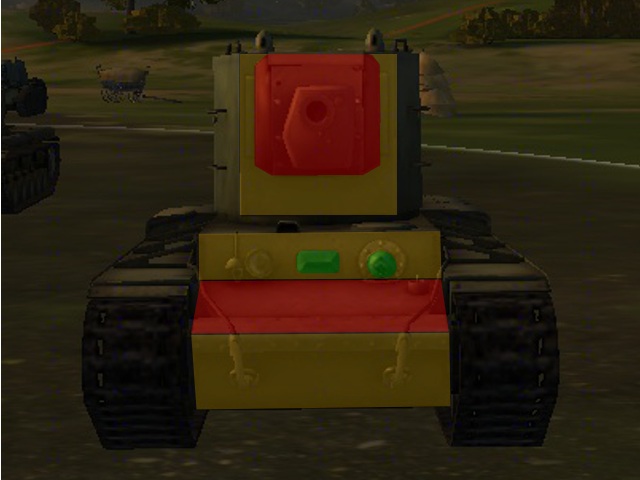 KV-2 hull has same weaknesses as KV-1. Despite the fact, that KV-1 is most armored 5 tier tank in the game, it still has some weak points. Most important of them is top front plate with driver sight and machine gun stand. Both these points are poorly armored and easy to penetrate. Top plate alone is quite resistant and to break through you need at least cannon of 100 mm penetration and shoot at right angle. Bottom plate armor is similar to one from the top plate and it is also to break through with cannon of 100 mm penetration. Middle front plate is almost impenetrable for 5 tier tanks and stronger tanks also can have problems with that. By shooting KV-2 from the side or rear try to attack at the right angle and hit above tracks. Since the armor at this point is 75mm/70mm thick, cannon of min. 80 mm penetration should inflict damage from time to time. By shooting at its rear we can set the tank on fire.

Turret of KV-2 is weaker than the one from KV-1 and has large, flat and easy to hit areas. Attack from the sides or rear penetrate it with no problems.